Why is the terracotta army important to china

What happens after death?

Is there a restful paradise?

Well, one Chinese emperor thought that whatever the hereafter was,

he better bring an army.

farmers digging a well near their small village

stumbled upon one of the most important finds in archeological history:

and containing more than 8,000 life-size clay soldiers ready for battle.

The story of the subterranean army begins with Ying Zheng,

he would go on to become Qin Shi Huangdi,

the first emperor of China after uniting its seven warring kingdoms.

including a universal system of weights and measures,

a single standardized writing script for all of China,

and a defensive barrier that would later come to be known as the Great Wall.

But perhaps Qin Shi Huangdi dedicated so much effort

to securing his historical legacy

because he was obsessed with his mortality.

and deploying expeditions in search of elixirs of life

that would help him achieve immortality.

And as early as the first year of his reign,

he began the construction of a massive underground necropolis

and an army to accompany him into the next world

and continue his rule.

This magnificent army is still standing in precise battle formation

and is split across several pits.

One contains a main force of 6,000 soldiers,

a second has more than 130 war chariots and over 600 horses,

and a third houses the high command.

An empty fourth pit suggests that the grand project

could not be finished before the emperor's death.

In addition, nearby chambers contain figures of musicians and acrobats,

indicating that Emperor Qin had more plans for the afterlife

All the figurines are sculpted from terracotta, or baked earth,

a type of reddish brown clay.

To construct them, multiple workshops and reportedly over 720,000 laborers

were commandeered by the emperor,

including groups of artisans who molded each body part separately

to construct statues as individual as the real warriors in the emperor's army.

They stand according to rank

and feature different weapons and uniforms,

and even unique ears.

Originally, each warrior was painted in bright colors,

but their exposure to air caused the paint to dry and flake,

leaving only the terracotta base.

has not been excavated.

This is the actual tomb of Qin Shi Huangdi,

and even rivers of mercury flowing through mountains of bronze.

But until a way can be found to expose it without damaging the treasures inside,

Emperor Qin was not alone in wanting company for his final destination.

the dead of Japan's Kofun period were buried

with sculptures of horses and houses,

and the graves of the Jaina island off the Mexican coast

are full of ceramic figurines.

Fortunately, as ruthless as he was,

Emperor Qin chose to have servants and soldiers built for this purpose,

rather than sacrificing living ones to accompany him,

as had been practiced in Egypt, West Africa, Anatolia,

and even China during the previous Shang and Zhou dynasties.

And today, people travel from all over the world to see these stoic soldiers

silently awaiting their battle orders for centuries to come. 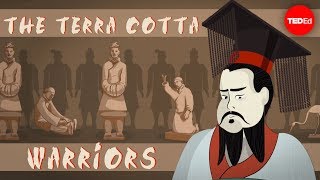 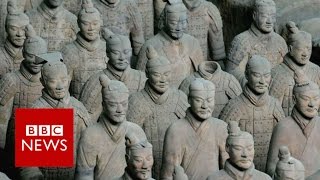 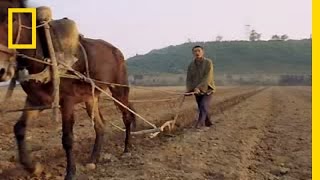 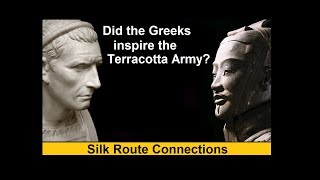 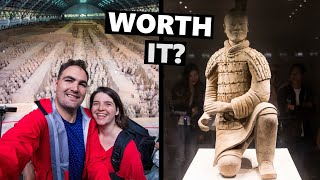 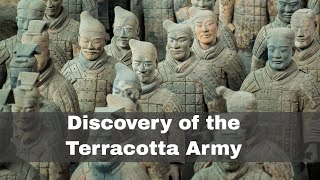 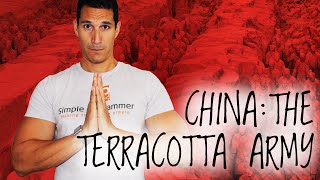 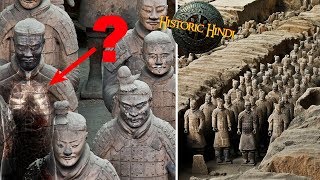 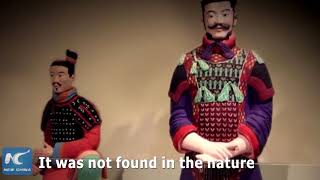