Why is the pisa tower leaning

Why doesn’t the Leaning Tower of Pisa fall over? - Alex Gendler

There’d been many attempts to right the tower during its 800 year history,

but this team’s computer models revealed the urgency of their situation.

They projected the tower would topple if it reached an angle of 5.44 degrees—

and it was currently leaning at 5.5.

No one knew how the tower was still standing, but the crisis was clear:

they had to solve a problem that stumped centuries of engineers,

and they needed to do it fast.

To understand their situation,

it’s helpful to understand why the tower tilted in the first place.

In the 12th century, the wealthy maritime republic of Pisa

set about turning its cathedral square into a magnificent landmark.

and added a massive domed baptistry to the plaza.

In 1173, construction began on a free-standing campanile, or bell tower.

The engineers and architects of the time were masters of their craft.

But for all their engineering knowledge,

they knew far less about the ground they stood on.

Pisa’s name comes from a Greek word for “marshy land,"

which perfectly describes the clay, mud, and wet sand below the city’s surface.

However, the tower’s architects believed a three-meter foundation would suffice

for their relatively short structure.

Unfortunately for them, less than five years later,

the tower’s southern side was already underground.

Such a shifting foundation would normally have been a fatal flaw.

the pressure from upper stories would sink the structure

and fatally increase the lean.

But construction halted at the fourth story for nearly a century

as Pisa descended into prolonged warfare.

This long pause allowed the soil to settle,

and when construction began again in 1272,

the foundation was on slightly more stable footing.

Under the direction of architect Giovanni di Simone,

by making the next few floors taller on the southern side.

But the weight of the extra masonry made that side sink even deeper.

By the time they completed the seventh floor and bell chamber,

the angle of the tilt was 1.6 degrees.

For centuries, engineers tried numerous strategies to address the lean.

In 1838, they dug a walkway around the base to examine the sunken foundation.

But removing the supporting sand only worsened the tilt.

In 1935, the Italian Corps of Engineers injected mortar to strengthen the base.

However, the mortar wasn’t evenly distributed throughout the foundation,

resulting in another sudden drop.

All these failed attempts, along with the ever-sinking foundation,

moved the tower closer to its tipping point.

And without definitive knowledge of the soil composition,

or devise a way to stop its fall.

In the years following WWII,

And in the 1970’s, engineers calculated the curved tower’s center of gravity.

With this data and new computing technology,

engineers could model how stiff the soil was, the tower’s trajectory,

and the exact amount of excavation needed for the tower to remain standing.

In 1992, the team drilled diagonal tunnels

to remove 38 cubic meters of soil from under the tower’s north end.

Then, they temporarily counterbalanced the structure with 600 tons of lead ingots

before anchoring the base with steel cables.

More than six centuries after its construction,

the tower was finally straightened… to a tilt of about four degrees.

No one wanted the tower to fall,

but they also didn’t want to lose the landmark’s most famous feature.

and it should remain stable for at least 300 years

as a monument to the beauty of imperfection. 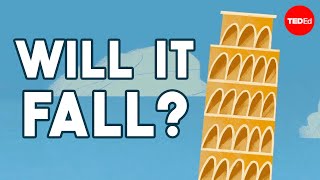 Why doesn’t the Leaning Tower of Pisa fall over? - Alex Gendler 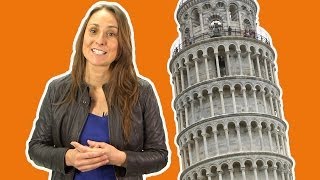 Why does the leaning tower of Pisa lean? | Sci Guide with Jheni Osman | Head Squeeze 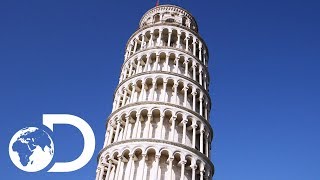 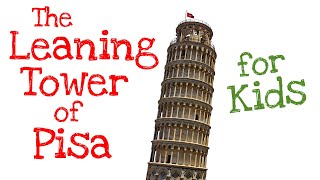 The Leaning Tower of Pisa for Kids 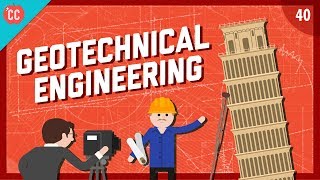 How the Leaning Tower of Pisa Was Saved: Crash Course Engineering #40 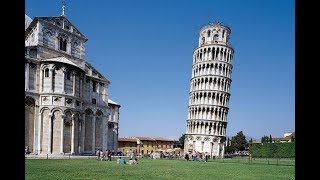 On the Inside The Leaning Tower of Pisa 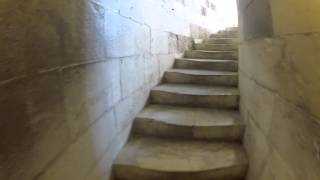 The Leaning Tower of Pisa | The Walk Up, The Views and The Bells Ringing 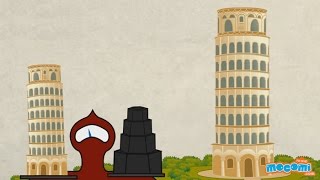 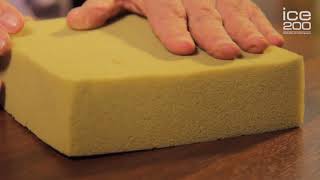 Stabilising the Leaning Tower of Pisa