The Greatest Paralympic Scandal of All Time

So it's the 2000 Summer Paralympics in Sydney.

We're in the final moments of the men's intellectual disability basketball finals and Spain is up by 24.

They've been killing it all week,

and they're about to finish off Russia and jump to third in the medal table behind the United States and Britain.

The entire country is,

needless to say, thrilled. And why wouldn't they be?

Unlike the cutthroat Olympics, the Paralympic Games are probably the most beloved sporting event in the whole world.

It's a celebration of triumph over hardship, the wonder of the human spirit.

It's one of the few times where athletes are all pulling for each other and there are no real losers.

But, winning is just a bit sweeter, and

Spain's making it look easy on the hardwood. The last few seconds tick away and the team comes out on top.

Journalists are writing copies about all the

adversity these twelve young men have overcome to climb atop the podium and receive their much deserved gold medals.

They're soon to be national treasures, a testament to guts, grit, courage, and hard work.

If they could accomplish their dreams,

What's stopping you? And as the national anthem plays and the crowd applauds, the moment seems picture-perfect?

But little did the world know....

All of it was a lie.

Doping remains a notorious issue for both the Olympic and Paralympic Games, but especially for the latter.

It's easy to see why.

physical disabilities. So policing drug abuse during the games has always been a challenge.

A common form of doping is boosting, by which athletes with a spinal cord injury induce

Autonomic Dysreflexia, and spike their blood pressure for increased performance.

This practice was banned by the International Paralympic Committee in 1994,

but it's still an ongoing problem in the sport.

To combat the issue in 2000, the Sydney Games established a doping control program and for the first time,

Paralympic athletes were asked to participate in out-of-competition drug testing.

This was a good step to take, it meant that the testing window is much wider and any competitor could be called for a

test at any point throughout the games.

But suppose a potential cheater was operating with a different premise.

See if the doping control program was designed to police participants from using drugs to gain an unfair physical advantage.

But what if an athlete desired instead to be disadvantaged?

What if say a non-disabled person

pretended to be disabled to compete. How would you police that?

But, I mean, come on. Why would you need to police that, who would be so morally repugnant to try it?

This is Fernando Martinez Vicente. At the time of the Sydney games,

he was the president of the Spanish Federation of Sports People with Intellectual Disabilities,

and by the time our story concludes,

he will be found guilty of fraud and forgery.

Here's a recent photo of him shaking hands with the Pope.

I'm not gonna act like I know this man's character,

it's been almost two decades since the event we're talking about, and a lot can change in that time.

I do know that when you're the head of an organization like FEDDI,

there's constant pressure to get a hold of government grants.

It's a surefire way to keep the lights on and often the only option to accomplish your institutions agenda.

There's a lot of organizations seeking them and only so much money to go around. So priority goes to

associations that have a track record of success and at that point the only thing on your mind is win medals.

Because the more medals you win, the more incentive the government has to extend grant money in your direction.

just for one year enter a team that's almost guaranteed to win.

Well, what if your team wasn't actually disabled.

How much easier could it be to come in first and again,

you're only doing it the one time.

just win a gold medal and the incentives for grants is guaranteed.

Your organization will stay afloat for the foreseeable future,

you'll employ plenty of people, and in doing so, your

association can continue to assist those who are mentally

disabled for maybe decades to come.

It's a classic case of trying to justify shady behavior in the name of the greater good.

So FEDDI set out to build a super team.... and build it they did.

All that was necessary was to recruit some fairly competitive

basketball players who were willing to keep their mouths shut about the scam and things were set.

I mean they really only needed to hire,

I guess five if you wanted to stack your side of the court during play, but Spain took it even further.

Ten players out of the 12-man roster were not actually disabled.

If you're like me, the only thing on your mind is how?

How did they pull this off, how did nobody notice this?

It's a fair question to ask.

See in order to qualify as a participant in the Intellectual

a prospective player is required to complete a litany of mental tests to determine their eligibility.

the competitor must be determined to have an IQ of no more than 75, so these ten guys had to purposely fail a series of

Naturally, I decided to test this myself.

What if I was one of the ten, could I fake my way through an IQ test into the category of mental disability?

I mean how hard could it be? But there was a challenge

I mean, I needed to score low enough to qualify for the event but also high enough so as to not attract any suspicion from

I figured 55 was a good target to aim for. So a bit about the IQ test

Retained, and the ability to solve novel problems. Though it's always had some controversy associated with it. It's still fairly

Good way of judging a person's level of intelligence. IQ is also fluid it changes with age and in that respect

I was a little nervous

I mean, I hadn't taken a math test in almost a decade

But I'm trying to fail right? So, no worries

That's close to right but not quite correct

Does that make sense to women start at the same point?

They walk into opposite directions for three meters then turn right and walk another four meters. How far apart are they?

It's too early for this okay

I'd have undershot that a bit so pure

I guess technically I wouldn't have had any problems qualifying

Successfully infiltrate the ring, C-man was called up five months before the Sydney games and asked to participate

There were five months of training with not a single

He was ever subjected to six push-ups, then a blood pressure check

To get recognized in an online article the comments section began to be filled with people claiming to know this guy or that guy,

how they weren't disabled at all and the whole scheme began to slowly, but surely, unravel.

Investigation in court battles Fernando Martinez sente was found guilty of fraud and forgery. He was fined

5,400 euros a lot of folks would call it a slap on the wrist but to be fair

They walked away with no charges

About how crime doesn't pay and cheaters never prosper?

But I can't because that's not true

But they won't be happy in a later interview

Nobody really wanted to talk about it afterwards

See, that's the saddest thing about all this to me winning wasn't enjoyable for the team because the team's victory was a lie a gold

Medal shines brightest when it's won fairly and honorably

It's not nearly as satisfying

To win when there really was no challenge in the first place, right?

And it's not just that they won by dishonest means

He was the good guy

How much worse do you think it is to be one of the other nine or the guy labelled as the?

What were they left with?

So yeah stay in school kids

Hey, thanks for watching if you liked the video then share it

Captions By An Army Of Sentient Potatoes 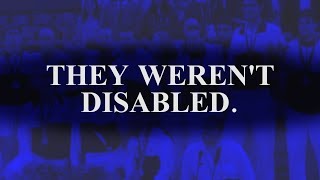 The Greatest Paralympic Scandal of All Time 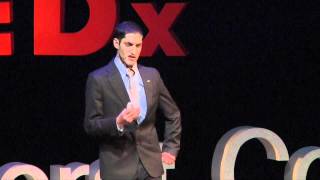 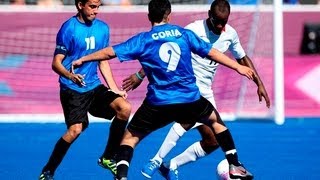 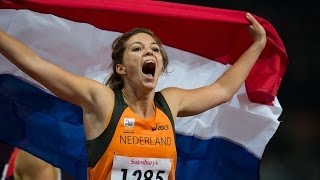 'All about ability' - How the Paralympic Movement is maintaining momentum 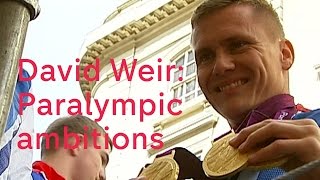 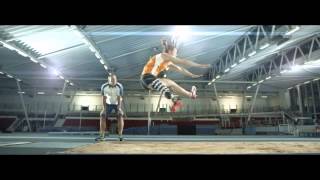 One Of The Most Inspiring Ads Ever - London Paralympics 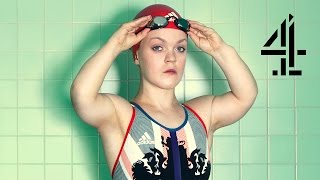 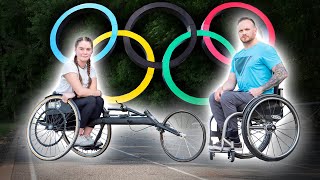 SHE'S NOT DISABLED ENOUGH FOR PARALYMPICS?! 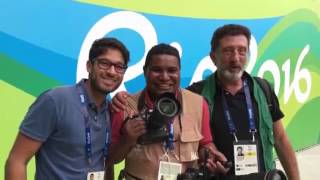 The blind photographer who covered the Paralympics 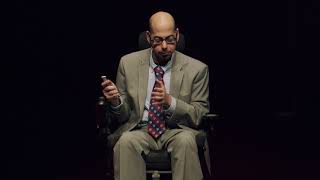