Why is the moon called a blood moon

This episode is sponsored by Dropbox.

Before the International Space Station, before Skylab, before Sputnik, just one special satellite

The moon was around before the first cells divided. Every life form that’s ever looked

up has seen that same face. Since the first humans stood and walked, it’s been our big,

round calendar in the sky, our constant companion. So I guess it must have been pretty terrifying

when people looked up and saw this.

Thankfully, science has taught us that a giant monster does not in fact get angry and eat

the moon before painting it blood red. It’s just a lunar eclipse.

As bright as the moon looks in the night sky, what we’re really seeing is sunlight, and

Earth. At the point in its orbit where the moon is

at its closest point to the sun, we see or rather don’t see a new moon.

At the point in its orbit where the moon is farthest from the sun, we get a full moon.

But if the Earth is sitting here in the middle, why doesn’t Earth cast a shadow during every

full moon? The moon’s orbit around the Earth is tilted

by a few degrees relative to our path around the sun, so during most full moons the Earth

isn’t directly in the way. But every so often, that full moon happens right in the

On average, there’s about 1 and a half lunar eclipses per solar year, but really that means

anywhere from 0 to 3, because I’m not really sure how you get half of an eclipse.

Not every eclipse is the same. Like every orbit, the moon follows an elliptical

path. When a full moon lines up with its closest approach to Earth, we call that a supermoon,

and the lunar face can appear up to 14% bigger and 30% brighter. That may sound like a lot,

but it’s only like the difference between a 15 inch pizza and a 16 inch pizza. Chances

are your eyes wouldn’t even notice if you didn’t know it was happening.

The opposite phenomenon, by the way, where the full moon happens at the farthest point,

is called an apogee-syzygy, which is a really lame name. Seriously, we need to change that.

I shall call it… mini-moon.

September 27, 2015 marked the rare occasion where a supermoon and a lunar eclipse happened

simultaneously, a coincidence that won’t occur again until 2033. Did you miss it? We’ve

Because the sun is so much bigger than the Earth, we cast a two-part shadow on the moon.

The wider outer shadow, where the Earth is only partially blocking the sun’s light,

is called the penumbra. The moon barely dims as it enters this part.

The narrow shadow in the middle, where Earth is totally blocks the sun’s light, is called

the umbra. Temperatures on the moon can quickly fall from over 100˚C in the sun to -150˚C

in Earth’s shadow. But then, something very weird happens. We

can understand this better if we take a little trip to the moon.

During totality, where the moon is completely inside Earth’s umbra, a tiny bit of the

sun’s light is bent through our atmosphere and comes out the other side, like a ring-shaped

lens. But along that journey, the shorter wavelengths have been filtered out by the

air around us. It’s the same reason that sunsets and sunrises are red here on Earth.

In fact, when we stare at the red color of a lunar eclipse, we’re seeing every sunrise

and sunset on Earth reflected back at us at the same time!

That’s an experience worth waiting for. Keep looking up, and stay curious.

This episode was sponsored by Dropbox. Whether you’re designing, presenting, writing

or building something, Dropbox makes it simple to work together on any file. Because if you

can work with anyone from anywhere, any way you want, the world will be full

of more interesting things. Dropbox, all yours. 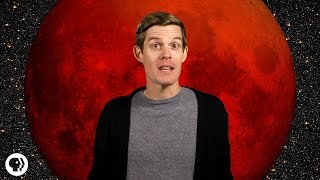 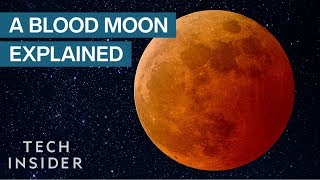 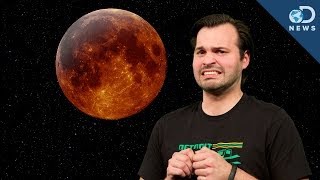 Is a Blood Moon a Sign Of the Apocalypse? 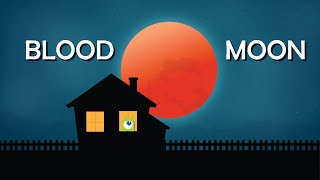 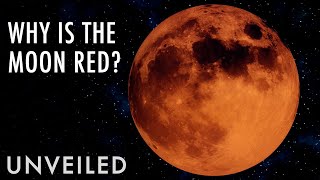 Why Is The Moon Turning Red? | Unveiled 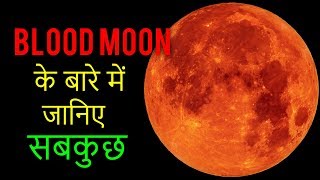 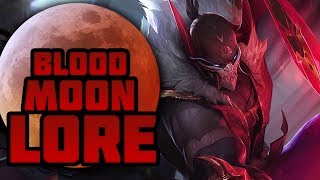 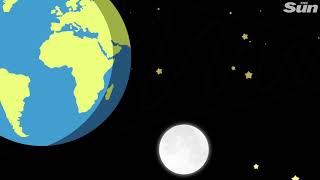 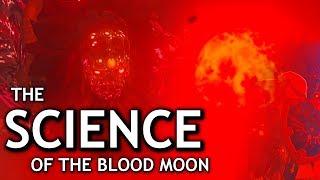 Breath of the Wild: The Blood Moon SOLVED 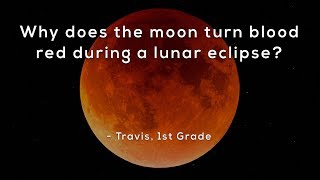 Why does the moon turn blood red during a lunar eclipse?