Why is the long run aggregate supply curve vertical

Narrator: We've talked a lot about

so in this video, I thought I would talk

a little bit about aggregate supply.

In particular, we're going to think about

aggregate supply in the long-run.

In economics, whether it's in micro or macro

economics, when we think about long-run,

we're thinking about enough time for a lot of

fixed costs and a lot of fixed contracts to expire.

In the short-term, you might be stuck into some

labor contract, or stuck into your using some factory

that you've already paid money for, so it was a fixed

cost, but over the long-run you'll have a chance that

factory will wear down and you'll have a chance

to decide whether you want another factory or

or in the long-run, you'll have a chance

contracts will expire, and you'll have a chance

to renegotiate those contracts at a new price.

That's what we really mean

when we talk about the long-run.

I'm going to plot aggregate supply on the same axis

as we plotted aggregate demand, and we're going

to focus on the long-run now, and then we're going

to think about what actually might happen in the

short-run while we are in fixed-price contracts,

or we already have spent money on something,

or we have already, in some ways, there are sticky

things that can't adjust as quickly.

But, we'll first focus on the long-run.

On this axis, I'm just going to plot price, and

This is some measure of the prices

of the goods and services in our economy.

This axis right over here,

the horizontal axis is going to be real GDP.

Once again, this is just a model, you should take

everything in economics with a huge grain of salt.

These are over-simplifications of a highly,

Millions and millions of actors doing

complex things, human beings, each of them and

of neurons, doing all sorts of unpredictable things.

so that we can deal with it in a attractable way,

and in a even dealing in a mathematical way.

The assumtion that economists often make

when we think about aggregate supply

and aggregate demand is, in the long-run,

real GDP actually does not depend on prices

in the long-run; so, what you have is,

regardless of what the price is, you're going

to have the same real GDP.

You can view this as a natural level

of productivity for the economy.

This is some level right over here.

It's important to realize this is just

a snap shot in time, and this is all else things equal,

so we're not assuming that we're having changes in

productivity overtime; this is just a snap shot if

we did have any of those things that change.

For example, if the population increased, then that

would cause this level to shift to the right, then

we would have a higher natural level of productivity.

If, for whatever reason, we were able to create tools

so that it was easier to find people jobs, there's

always a natural rate of unemployment.

There's frictions, people have to look for jobs,

some people have to retrain to get their skills,

but maybe we improve that in some way so that

easier, or easier ways to train for jobs,

and the natural level of unemployment goes down,

more people can produce, that would also

shift this curve to the right.

You could have a reality where there's

technological improvements that would also,

and then all of a sudden, on an average,

that could shift things to the right.

You could have discovery of natural resources,

new land that is super fertile, and everything else;

that could also shift things to the right.

You could have a war, and maybe your

factories get bombed, or bad things happen in a war,

especially if the war is on your soil,

and that could actually shift things to the left.

So, it's important to realize that this is just taking

a snap shot in time, and a lot of these

other things that we think about would just

shift it in 1 direction or another.

I'm going to leave you there, and this is a kind of

you're saying, "Wait, look, if prices were to change

dramatically, if all of a sudden everything in the

economy got twice as expensive, that would have

some impact on peoples' minds and that they would

behave differently and all the rest, and that might

affect how much they can produce."

We did think a little about that when we thought

about aggregate demand, but when we think

about their capability to produce.

We're saying all else equal.

nothing else is changing, technology isn't changing.

Given that, price really is just a numeric thing.

If you just looked at the resources

and the productive capability of a country,

the factors of production, the people and all the rest,

regardless of what the prices are, they in theory,

should be able to produce the same level

of goods and services. 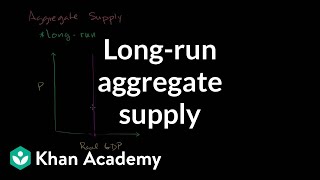 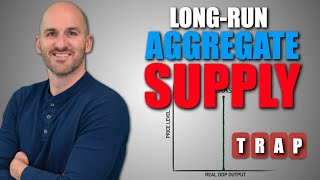 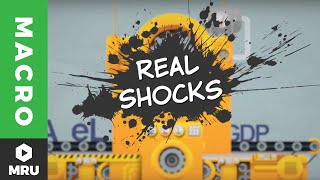 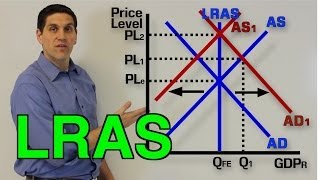 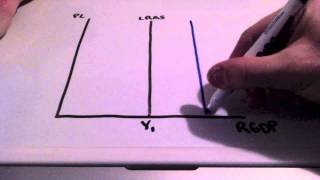 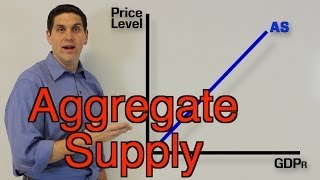 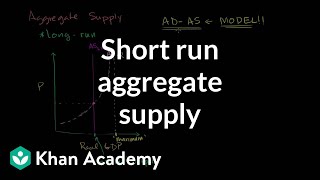 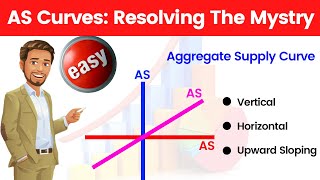 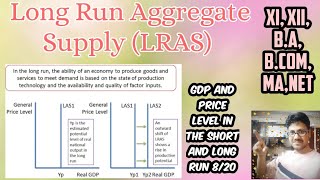