Why is the digestive system so important

Across the whole planet,

humans eat on average between one and 2.7 kilograms of food a day.

That's over 365 kilograms a year per person,

and more than 28,800 kilograms over the course of a lifetime.

And every last scrap makes its way through the digestive system.

and containing over 20 specialized cell types,

this is one of the most diverse and complicated systems in the human body.

Its parts continuously work in unison to fulfill a singular task:

transforming the raw materials of your food

into the nutrients and energy that keep you alive.

Spanning the entire length of your torso,

a twisting channel that transports your food

and has an internal surface area of between 30 and 40 square meters,

enough to cover half a badminton court.

a trio of organs that break down food using an array of special juices.

all work together to break down food,

and deliver its final products.

a large stretch of tissue that supports

and positions all your digestive organs in the abdomen,

enabling them to do their jobs.

The digestive process begins before food even hits your tongue.

glands in your mouth start to pump out saliva.

We produce about 1.5 liters of this liquid each day.

Once inside your mouth,

chewing combines with the sloshing saliva

to turn food into a moist lump called the bolus.

Enzymes present in the saliva break down any starch.

Then, your food finds itself

at the rim of a 25-centimeter-long tube called the esophagus,

down which it must plunge to reach the stomach.

Nerves in the surrounding esophageal tissue

a series of defined muscular contractions.

That propels the food into the stomach,

where it's left at the mercy of the muscular stomach walls,

which bound the bolus, breaking it into chunks.

Hormones, secreted by cells in the lining, trigger the release of acids

and enzyme-rich juices from the stomach wall

that start to dissolve the food and break down its proteins.

These hormones also alert the pancreas,

and transfer bile, a yellowish-green liquid that digests fat,

in preparation for the next stage.

After three hours inside the stomach,

the once shapely bolus is now a frothy liquid called chyme,

and it's ready to move into the small intestine.

The liver sends bile to the gallbladder,

which secretes it into the first portion of the small intestine called the duodenum.

Here, it dissolves the fats floating in the slurry of chyme

that have leached onto the scene.

and glycerol for easier absorption into the body.

The enzymes also carry out the final deconstruction

of proteins into amino acids

and carbohydrates into glucose.

This happens in the small intestine's lower regions,

the jejunum and ileum,

which are coated in millions of tiny projections called villi.

These create a huge surface area to maximize molecule absorption

and transference into the blood stream.

The blood takes them on the final leg of their journey

to feed the body's organs and tissues.

But it's not over quite yet.

and dead cells sloughed off during digestion

make it into the large intestine, also known as the colon.

The body drains out most of the remaining fluid through the intestinal wall.

The colon squeezes this byproduct into a pouch called the rectum,

where nerves sense it expanding

and tell the body when it's time to expel the waste.

The byproducts of digestion exit through the anus

and the food's long journey,

typically lasting between 30 and 40 hours, 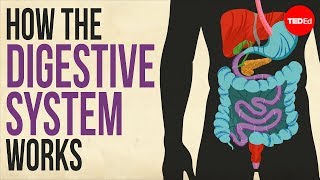 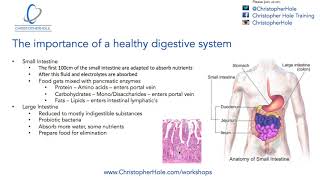 The importance of healthy digestive system 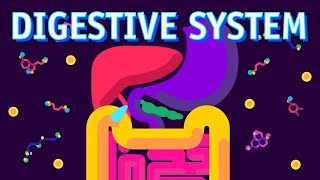 How our Digestive System Works? 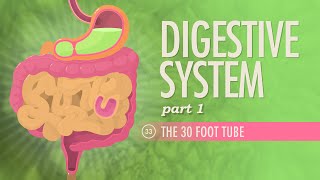 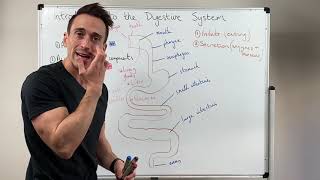 Overview of the Digestive System 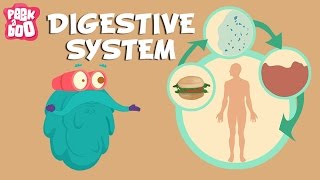 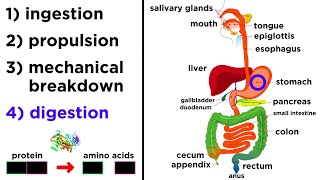 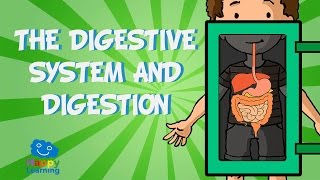 The digestive system and digestion | Educational Video for Kids 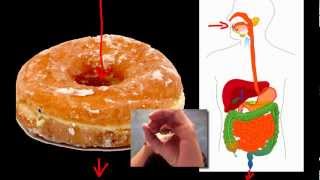 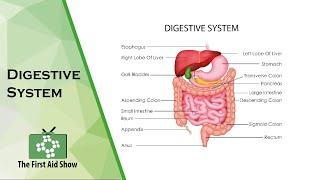