Why is the canterbury tales important

A portly Miller, barely sober enough to sit on his horse,

rambles on about the flighty wife of a crotchety old carpenter

and the scholar she takes as her lover.

To get some time alone together,

the scholar and the wife play various tricks

and exposing themselves in public.

But the parish clerk is also lusting after the wife,

and comes by every night to sing outside her house.

This becomes so tiresome that she tries to scare him away

by hanging her rear end out the window for him to kiss.

When this appears not to work,

her scholar decides to try farting in the same position,

but this time, the clerk is waiting with a red-hot poker.

but it’s part of one of the most esteemed works of English literature ever created:

which seamlessly blends the lofty and the lowly.

The work consists of 24 stories,

each told by one of Chaucer’s spirited characters.

such as a Knight,

and the less recognizable Reeve,

The Tales are written in Middle English,

which often looks entirely different from the language spoken today.

It was used between the 12th and 15th centuries,

and evolved from Old English

after the Norman Conquest of 1066.

Most of the Middle English alphabet is still familiar today,

with the inclusion of a few archaic symbols,

such as yogh, which denotes the y,

The loquacious cast of the Tales first meet at the Tabard Inn in Southwark.

They have a journey in common:

a pilgrimage to Canterbury to visit the shrine of St. Thomas Beckett,

a martyred archbishop who was murdered in his own Cathedral.

Eager and nosy for some personal details,

the host of the Inn proposes a competition:

whoever tells the best tale will be treated to dinner.

If not for their pilgrimage,

many of these figures would never have had the chance to interact.

This is because Medieval society followed a feudal system

that divided the clergy and nobility from the working classes,

made up of peasants and serfs.

a professional class of merchants and intellectuals had also emerged.

Chaucer spent most of his life as a government official

during the Hundred Years' War,

traveling throughout Italy and France, as well as his native England.

This may have influenced the panoramic vision of his work,

and in the Tales, no level of society is above mockery.

Chaucer uses the quirks of the characters’ language –

the ribald humor of the Cook,

the solemn prose of the Parson,

and the lofty notions of the Squire –

to satirize their worldviews.

of the different ways Medieval audiences entertained themselves.

For instance, the Knight’s tale of courtly love,

while the tales of working-class narrators are generally comedies

This variation includes something for everyone,

in both Middle English and translation.

as the prologue ambitiously introduces 29 pilgrims

and the innkeeper never crowns a victor.

that he delayed picking a winner -

or perhaps he was so fond of each character

that he just couldn’t choose.

this means that every reader is free to judge;

the question of who wins is up to you. 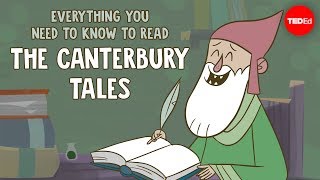 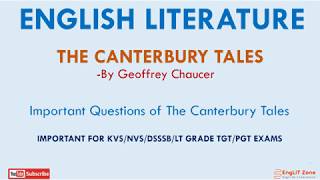 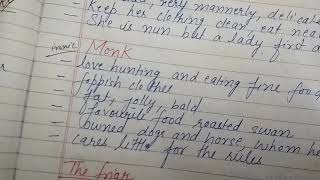 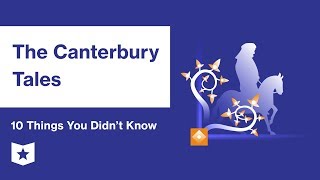 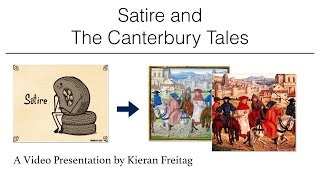 Satire and the Canterbury Tales 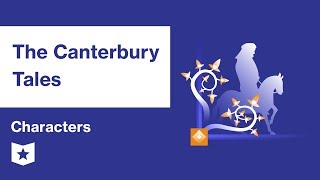 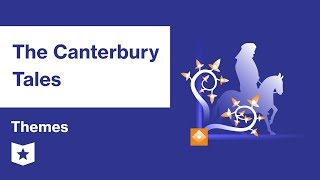 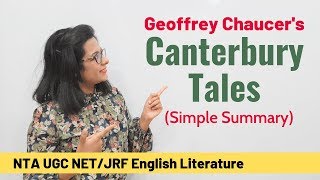 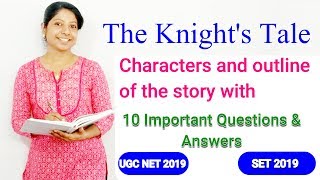