Why is the bog turtle endangered

Welcome back to the US Fish and Wildlife Services Conservation

My name is Chelsea McKinney, your host,

as we explore various conservation

that conservation professionals use to observe wildlife.

Today we're coming to you from rural Maryland,

turtles I'm here with Christine Peterson from the University

of Vermont, who's studying the bog turtles' habitat.

Christine, thank you so much for being with us today.

Can you tell us, what do we need to know about this bog turtle?

So bog turtles are pretty small.

They're only about four or five inches long.

And they really like this kind of open, boggy habitat

that we're in here that has a lot of sunlight, not too

They like to hang out and bask in the sun.

But there's a good mix of mud and dry ground,

because they are semiaquatic.

So sometimes, they like to be in the water,

and sometimes, they'll be on land.

So for part of the year, during the summer

from April to October, they'll be out.

And this is during their nesting period,

and this is when they'll lay eggs.

But then for the rest of the year,

during the winter when it's really cold,

they'll actually hibernate underneath the mud

when the top freezes over.

So they're only active for part of the year.

But some of the most important parts of the habitat

and the open canopy.

Now, the bog turtle is a threatened species.

Why is it a threatened species?

So there's three main things that are really

a threat to bog turtles.

One of the biggest ones is development.

So lots of people like to build houses and buildings

in these kind of beautiful landscapes,

but unfortunately that can I have negative effects

on this kind of wetland.

Obviously, the bog turtles are really cute and very

charismatic, and people want to take them home with them

and make them pets, but this is where they're supposed to be.

This is where they belong, and so

taking them home is a real threat to their population.

Absolutely, and they deserve to be in their natural habitat.

Now, I know bog turtles are rare in this type of ecosystem.

What kind of technology are you using to find them?

Well, one way that we can help find them multiple times

is using a GPS like this, where when we do find them

in the field from doing surveys and walking around and looking

for them, we can record on here exactly where we found them.

And recording those kinds of points throughout this habitat,

to hang out so that we can more likely find them next time.

And another really interesting way

that we can help figure out where these turtles are

is by attaching a little radio transmitter backpack onto them.

And then we can track them when we're out in the field.

And Nathan Byers, a graduate student

at Towson, who is also looking at bog

turtles for his research, and he's been attaching these radio

So let's see if we can go find him and find some turtles.

Nice to meet you, Nathan.

Nice to meet you, too, Chelsea.

Christine said you are the bog turtle guy,

and I see you've got some equipment here.

Can you tell us how we're going to find these bog turtles?

So at this wetland, I have little bog turtles

that have little radio receiver backpacks on them that send out

This gizmo right here pretty much

picks up on that constant little ping that it's sending out,

and this is antenna makes it a little louder,

so that I can find it.

So you can hear in that direction.

We have a really strong, loud signal.

In that direction, not quite as loud.

And that's exactly how that works.

So using this, I track right to the turtles.

Definitely hearing a stronger sound in that direction.

Now it's just a matter of actually finding her.

So what I'm going to do now is take off the antenna,

so I can try to find her a bit closer.

And this is the little backpack you were talking about.

That sends out a constant little sound for me to pick up.

So how do you know that?

So you can see on her mouth, she's

got something hanging down there.

So it looks like she probably ate a slug or something

like that, which is one of their favorite animals to eat.

And why are bog turtles so critical and important

So bog turtles serve as a really effective sort

Because they require these sorts of wetlands

that are relatively low, have a lot

And they use that vegetation for every aspect of their life,

from nesting, to basking, or hanging out in the sun

to raise their body temperature, and pretty much every aspect.

So if there any problems with the vegetative community

are the first to pick up on that.

And if we see them leaving the bogs,

then we know something's wrong.

So you definitely don't want to pollute wetlands like this.

leave it alone, because these are very sensitive.

And often just people walking through them can cause issues.

Other than that, just things closer to home.

Just try to eliminate runoff from your lawn, things

because those go straight into our watersheds

and straight into our bogs.

The technology that we can use to study wildlife

Thank you so much, Christina and Nathan, for being with us

We're looking forward to you guys recovering and delisting

We'll see you guys next time, on the US Fish and Wildlife 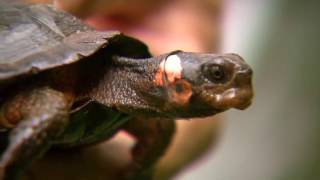 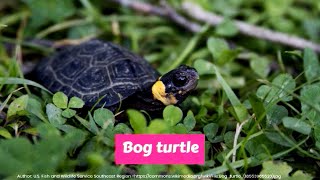 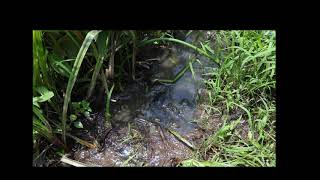 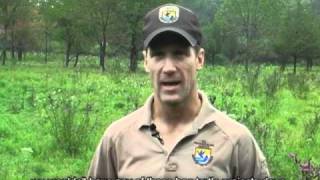 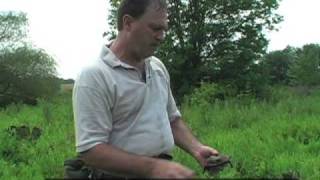 Saving the Bog Turtle, One of the Rarest Kinds in North America 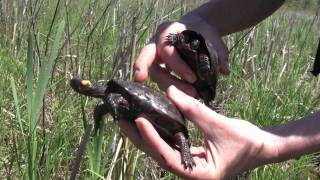 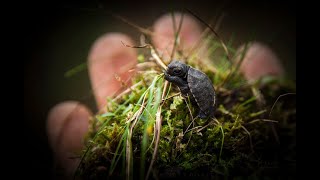 Save the Bog Turtle 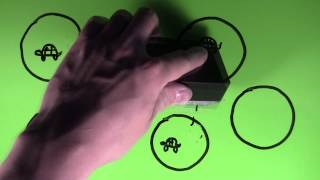 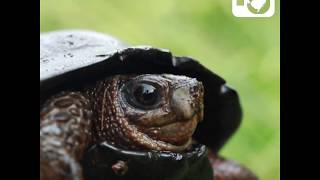