Why is the battle of tours significant

It's late summer of the year 732 in the midst of Islamic Conquests,

and the great Arab army crosses the Pyrenees in order to conquer lands of the Frankish Kingdom.

They burn and pillage everything on their way, threatening the whole of Christian Europe.

Suddenly, between the cities of Poitiers and Tours, Arab invading forces encounter the army led by the battle-hardened commander Duke Charles.

He knows that he is the only one who is able to suppress the invasion, saving his kingdom, and Europe.

It's beginning of the eighth century. The Umayyad Caliphate spreads its influence across Asia Minor and North Africa, fulfilling the will of the Holy Prophet.

The next natural step was to propagate the new religion in the Europe.

There were two land routes to enter: the Turkish straits in the East, and the Gibraltar strait in the West.

Unluckily for Arab expansion plans, Asia Minor was occupied by the Byzantine Empire, still strong despite internal and external problems.

Both sides fought each other for centuries, with many epic battles, but in this episode we will focus on the western entrance to Europe.

It's year 711, a Umayyad warparty crosses the Gibraltar and defeats the Visigothic forces led by king Roderic in the Battle of Guadalete year later.

The Visigothic Kingdom was heavily centralised and not prepared for a war.

The death of Roderic caused a rapid decline of his Kingdom, and invading Muslims conquered most of Iberian Peninsula in less than seven years.

That was the easier part of the plan.

On the north, behind the peaks of the Pyrenees mountains lies the land of the Frankish Kingdom,

yet to achieve its greatest power, but already firm enough to face the new Arab threat.

But Muslim conquerors were not aware of the true strength of the Franks, and soon they started attacking southern Gaul, overruning Septimania by 719.

In 721 Duke Odo of Aquitane temporarily halted the Saracen's expansion by ambushing them near Toulouse, which had been sieged for a few months already.

Despite this setback, Muslim forces still ravaged the lands of Aquitaine and reached even as far as Burgundy.

It is worth mentioning that Arabs had seen European kingdoms as rather easy prey busy with fighting each other.

His first target was the city of Bordeaux, which was ransacked.

Odo again tried to fend off the invaders, but this time he failed miserably.

The Saracen's forces were now better prepared for the battle, consisting mostly of cavalry, and they wiped out Odo's forces in the battle of Garonne river.

Feeling that the Arab threat was very serious, Odo reorganised his scattered troops and fled north in search for help.

This is the perfect moment to introduce our main character - Charles Martel, Mayor of the Palace and de facto ruler of the Frankish Kingdom.

He was also an experienced battle commander.

He spent a good part of his career fighting various tribes on the eastern border, so the core of his army was rock solid.

Charles was aware that his kingdom was in danger, so despite political animosities, he decided to form an ally with Odo and defend their lands.

Ar-Rahman's troops advanced slowly, as his army was split into many ravaging parties, already carrying a huge amount of booty.

Also, they had to wait for crops to grow, as they lived off the land they invaded.

His main goal was most likely the prosperous city of Tours, known for its rich abbeys and churches, which were excellent targets to loot.

In October of 732, the main body of the Arab forces encountered a large Christian army sitting directly in their path to Tours.

Ar-Rahman was a decent commander, and realised that Charles Martel outmanouvered him, choosing the place of the battle.

Muslim forces were mainly horsemen, a mix of light and heavy cavalry, many of them properly armored or even mailed, perfectly suited to fight in the open.

In contrast Christian forces consisted mostly of heavy infantry units, battle-hardened through the years of minor fighting on the Frankish border,

with the support of few light levy infantry and light cavalry units.

Charles deployed his army between the Vienne and Clain rivers, in the slightly elevated forest, in order to screen his true numbers, and minimise the impact of the expected Arab cavalry charges.

For seven days minor skirmishes took place. Charles Martel was holding good defensive positions, and knew that this was his only hope for victory.

On the other side, ar-Rahman waited for the rest of his troops to join him, and was quite reluctant to attack Christians from the front, as he didn't see many of their forces.

His hesitations were also caused by subpar Muslim intelligence. He didn't know much about the Franks,

presumably he didn't even recognize Charles himself, and Martel was fully aware of the Arabs' strengths and weaknesses.

The battle finally began on seventh day, as the Muslims couldn't wait any longer with winter approaching, and their light clothing wasn't enough for the cold European winters.

Ar-Rahman trusted the tactical superiority of his cavalry and had them charge repeatedly in order to break Martel's line,

but the Frank's tightly packed infantry stood firmly, fending off one Muslim charge after another.

It was one of the rare instances where medieval infantry withstood the cavalry assaults,

but Charles' soldiers were well motivated and disciplined, and simply trusted Charles as a capable commander.

As one medieval source described it: "And in the shock of battle the men of the North seemed like a sea that cannot be moved.

"Firmly they stood, one close to another, forming as it were a bulwark of ice; and with great blows of their swords they hewed down the Arabs."

Despite the Frankish brave attitude, after numerous charges, some of ar-Rahman's units managed to break into Frankish line here and there,

aiming to reach Charles' position, but the Franks were able to push them back again, utilising forces from the second line.

Battle was still underway when Duke Odo got behind enemy lines with small cavalry unit to ravage the Muslim camp, free slaves, retrieve booty, and more importantly draw off part of his foe.

Some Arab units still fought the battle, while many of them surprisingly rushed back to save their loot.

Ar-Rahman tried to stop his units from uncoordinated retreat, with little to no effect.

It was exactly what Charles had waited for, and he then commanded his forces to pursue and attack the disorganised Arab troops.

Many were surrounded and killed, including Ar-Rahman, who still strived to control his army.

The Franks didn't pursue their enemies for too long, fearing an ambush.

They got back to the forest to treat their wounds and prepare for another day of Umayyad charges, but next morning the Arabs didn't renew the battle.

Scouts reported that their camp was abandoned. The battle was over.

While modern historians argue whether the Franks stopped the Arab conquest in Europe or just fended off another Islamic waraparty,

in 732 word was spreading across the Christian Europe that Charles, from now on nicknamed Martel,

which immensely helped him to lay foundations of the Carolingian Empire. 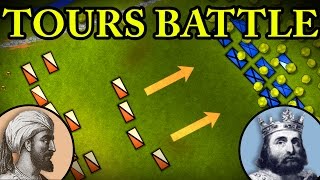 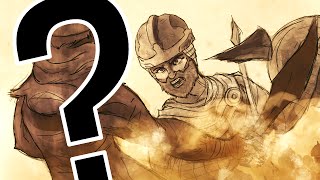 What if Muslims Won at the Battle of Tours? 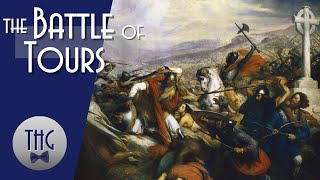 The Battle of Tours: a turning point in European History 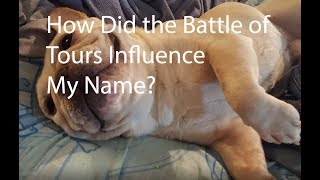 Was the Battle of Tours REALLY Decisive? 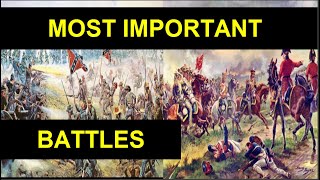 Top 10 Most Important Battles in History, Battle of Tours,Battle of Vienna,Yorktown,Adrianople 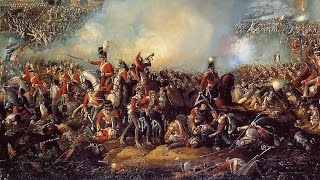 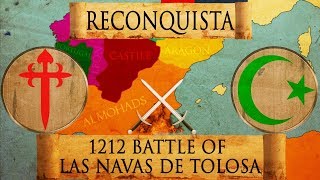 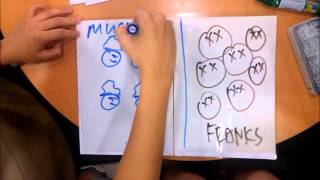 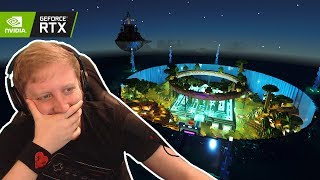