Why is the alphabet in that order

Why is The Alphabet In Alphabetical Order? Eight Completely Arbitrary Things

The orbit of the Earth is an ellipse; there's no point on it that is the beginning of that

ellipse. The Earth's day has nothing to do with the Earth's year. We catch a glimpse

of this when we wake up in the morning and it's already New Year's in Australia. We're

all like, "Well, I mean, what, but, come on!" The perils of living in a global culture,

John. We don't get to ignore all of the seemingly fundamental things that are actually totally

arbitrary and just made up.

So that's what I'm going to talk about today here on the second day of 2015: just a short

list of things that seem intractable but are totally made up.

Gendered Names: Allison, Hazel, Ashley, Carol. They all seem like girl names to us but 100

years ago they were more commonly used for boys.

Alphabetical Order: There's nothing special about 'A' that makes it go first. The alphabet

is seemingly just completely randomly ordered. All the vowels are mixed in; most commonly

used letters are at the beginning and the end. There are some things that have order,

like 'U', 'V', and 'W' are together because they were all once one letter. The interesting

thing about this completely arbitrary order of letters, though, is that we've been using

it roughly the same for over 3,000 years. That's longer than any of the words in our

language have existed. If you're wondering why they're in that order, no one knows.

take the 1 again and put a zero after it. There's no reason why that has to happen at

all. It's actually probably more annoying than some other systems we could use. Base

12 might be better. We, in fact, use base 12 a lot when we talk about dozens. Probably

we use base 10 just because we have 10 fingers. That's the reason.

Bugs Are Gross: The culinary preferences of different cultures are wildly diverse. Now

we think that the idea of consuming grub is just, no, just bleaaagh. But 80% of studied

cultures eat insects so we are, in fact, the weird ones.

Pets are Cute: Lots of cultures think that we are crazy for letting animals live inside

of our house, and when my dog comes in from the yard after stepping in her own poop, I

kind of agree with them.

Guys Can't Wear Skirts: There's absolutely no reason why men's legs have to be confined

to separate cloth cylinders. Of course, I have seen this norm broken, but not without

a norm being broken.

of paper. There's nothing that makes this worth $20 except that we just sort of agree.

This becomes weird to me when I see these, $2 bills, which are worth $2, like, they're

a legitimate currency, but they look fake to me. They look like they... no. Weirdly

Even weirder, nowadays there's actually a number on a hard drive somewhere, then that's

the thing that decides whether or not I can buy food or a house or a Tesla or a yacht.

This video is just a few silly examples, but by forming our language, culture very literally

controls our thoughts. We can't think with words that we don't have. It's hard to separate

yourself enough from culture to be able to examine it. If you separate yourself too much

it can be really uncomfortable. I have been there! It is!

We need culture, we need norms, we need there to be an order to the alphabet and for there

to be a first day of the year. But there are some bits that, while being convenient, are

not innocuous, and it is our job to pick those out and say "You! This don't belong here anymore."

our culture, which is best done by examining other people's cultures. Which is why, if

you can, you should study broadly and deeply and watch Crash Course World History. And

all of Crash Course. And also SciShow. And yeah. Okay.

John, thank you for your amazing video on racism this week. If people haven't scene

it, you can go check it out, youtube.com/vlogbrothers. That's where we're at. 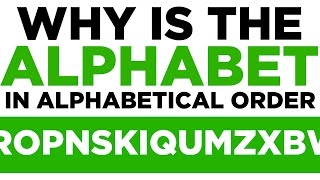 Why is The Alphabet In Alphabetical Order? Eight Completely Arbitrary Things 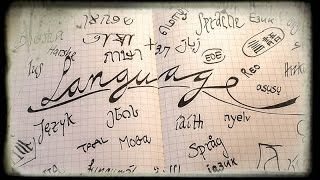 Why Do We Know The Alphabet's Order As It Is? 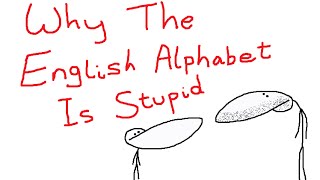 Why The English Alphabet Is Stupid 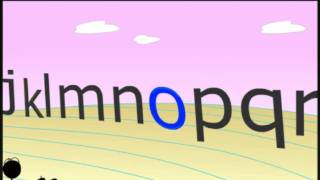 How The Alphabet Got Its Order 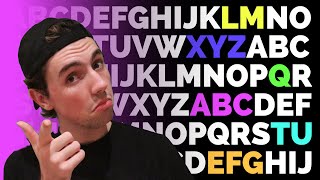 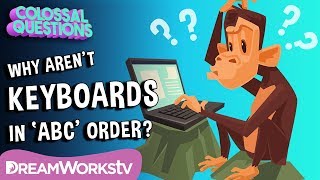 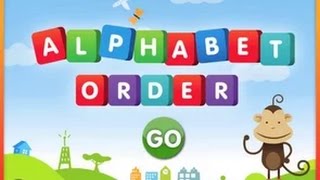 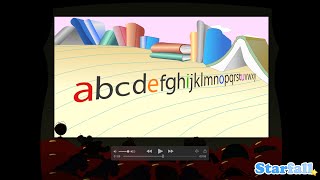 "How the Alphabet Got Its Order" a Starfall™ Movie from Starfall.com

How The Alphabet Got Its Order In PowerCityNight 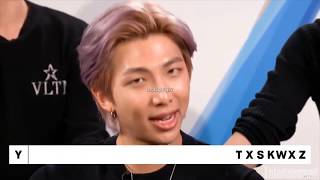 A to Z entire alphabet with BTS