Why is the word ambulance written as ecnalubma

Why is ambulance written in reverse?

Maybe because there is some secret code hidden in it.

It is because mirrors form laterally inverted images.

Lateral inversion is a phenomenon.

Due to which the left side of an object appears to be the right side in the mirror.

The right side appears to be the left side.

Which hand are you raising now?

Let's get back to the question.

We know that ambulance is an emergency vehicle.

Hence, when the driver of the front vehicle will see the ambulance in the rear view mirror.

He will see the laterally inverted image of the word and thus read it correctly, giving way to the ambulance. 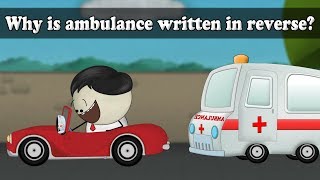 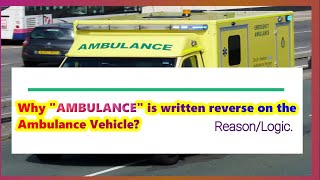 Why " AMBULANCE" Is Written Reverse On The Ambulance Vehicle? Medico Star. 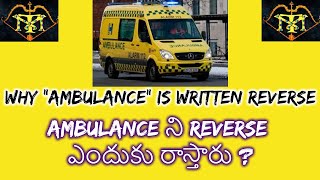 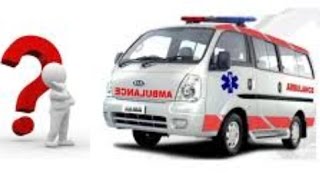 Why Ambulance is written inverted - in assamese 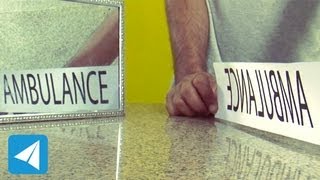 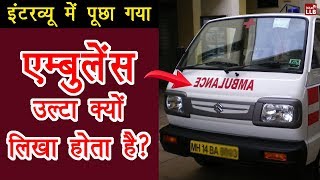 Why Ambulance is Written Upside Down? | By Ishan [Hindi] 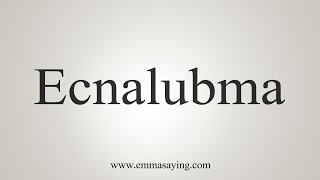 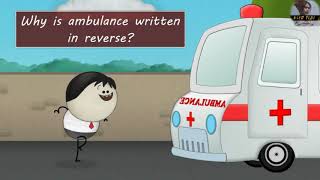 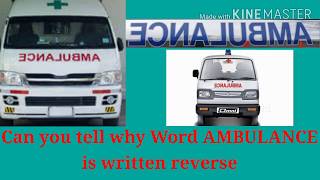 Why AMBULANCE is written as Reverse, try to answer