Why is the traffic so bad

The Simple Solution to Traffic

Stuck at an intersection,

you always watch unfold the Fundamental Problem of Traffic.

On green, the first car accelerates, and then the next,

only to catch the red.

Had the cars accelerated simultaneously

you would have made it through.

Coordination - not cars - is the problem,

because we are monkey drivers with slow reaction times

and when one backs up to the next,

This is the motive behind big highways: no intersections.

Splits and merges, yes. Intersections, no.

No stopping, no coordination problems, no traffic

Intersections outside of a highway will back up onto it.

Again, because human reaction times limit how many cars can escape the off-ramp

when the light changes.

But, even without intersections, there would still be traffic on the highway.

Take a one lane highway with happy cars flowing

until a chicken crosses the road.

The driver who sees it brakes a little,

the driver behind him doesn't notice immediately and brakes a little harder than necessary,

and, oh look, cars approaching at highway speeds must now stop as well.

Though the chicken is long gone, it left a phantom intersection on the highway.

This is what's happened when you're stuck in traffic for hours thinking,

"There must be a deadly pile up ahead" and then suddenly, the traffic's over

with no wreckage in sight, to your relief if you're a good person

and mild annoyance if you aren't.

You just pass through a phantom intersection,

the cause of which is long gone.

And this phantom intersection moves.

It's really a traffic snake slithering down the road

eating oncoming cars at one end and pooping them out the other.

On a ring road, a single car slowing down

will start an Ouroboros of traffic that will last forever,

even though there's no problem with the road.

If the drivers could coordinate to accelerate and separate simultaneously,

But they can't, so traffic eternal.

On highways, traffic snakes grow if cars are eaten faster than excreted,

and they shrink if excreted faster than eaten,

dying when the last car accelerates away before the next car must stop.

Now, in multi-lane highways, there needs be no chicken to start gridlock.

to birth a traffic snake that lives for hours and leagues.

It's this quick crossing that causes drivers behind to over-brake and begin a chain reaction.

But we *can* make traffic snakes less likely by changing the way we drive.

as from the car behind at all times.

Tailgating is trouble. Not just because it makes accidents more likely but

because you as the tailgater can start a traffic snake if the driver ahead brakes.

Always in the middle!

This gives you the most time to prevent over-braking

but also gives the driver behind you the most time as well.

And when stuck in traffic,

this rule would get all cars to pull apart the snake faster.

That's the simple solution to traffic: getting humans to change their behavior,

perhaps by sharing this video to show how and why traffic happens,

why tailgaters are trouble, and how we can work together to make the roads better for all.

wishing upon a star that people are better than they are is a terrible solution.

Instead, what works is a structurally systematized solution

which is exactly what self-driving cars are.

Self-driving cars can just be programmed

to stay in the middle and accelerate simultaneously.

They'll just do it.

you can get rid of the intersection entirely.

After all, a traffic light is just a tool for drivers on one road to communicate with drivers

on another, poorly and coarsely.

Red equals "Don't go now, we are coming through the intersection."

But self-driving cars can talk to each other at the speed of light.

with that kind of coordination, no traffic light necessary.

Humans will never drive this precisely.

At the intersection, the fundamental problem with traffic

that you watch unfold, as well as everything, is people.

So the real simple solution to traffic:

is no more monkeys driving cars.

This video has been brought to you in part by Audible.com,

with over 180,000 audiobooks and spoken audio products.

Get a free trial today by going to audible.com/grey

If you like thinking about how the future can be better,

why not read the Elon Musk biography:

"Tesla, SpaceX, and the Quest for a Fantastic Future" by Ashlee Vance

is available at Audible.

Give it a listen with your free 30-day trial that you can get at audible.com/grey

Audible is the place I go to for all of my audio books, and you should too.

It's a near endless universe of interesting things to listen to.

Give them a try and thanks to Audible for supporting the channel. 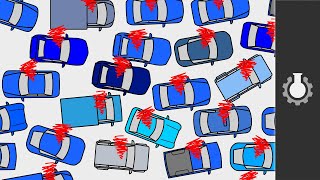 The Simple Solution to Traffic 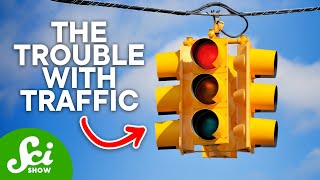 Why Is It So Hard to Fix Traffic? 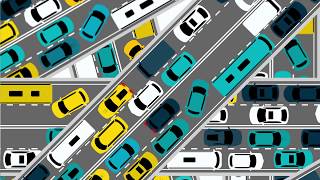 What makes Houston traffic so bad? 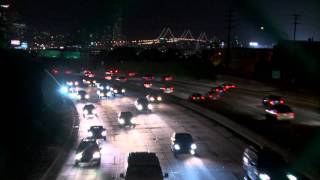 why is traffic so bad 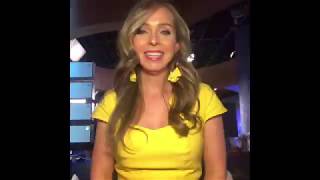 Why is Austin Traffic So Bad?

Why Melbourne Traffic Is So Bad 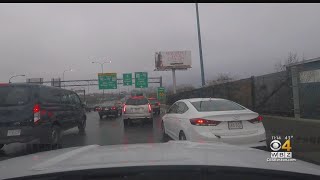 Boston Traffic So Bad It Has Become A 'Public Safety Hazard' 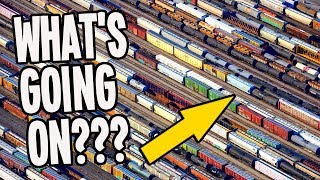 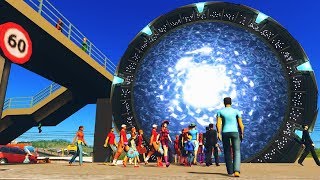 Traffic so Bad Citizens use STARGATES to Escape in Cities Skylines! 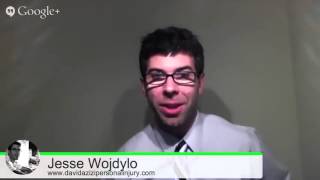