Why is the surface tension of water so high

surface tension - what is it, how does it form, what properties does it impart

how intermolecular forces affect the surface of a liquid. So what is going on

at the surface of a liquid? Llet's take a look by shrinking to the nano scale.

each blue circle represents a molecule of water. Due to kinetic energy the

particles that make up a liquid are in constant random motion, and so they will

have a random arrangement. You might expect the particles at the surface, at

the micro-level to form a random surface as shown here. But what we should find

out is how do intermolecular attractions influence the surface? First let's look

at intermolecular forces under the surface, Where attractions of individual

molecules pull on each other in all directions. At the surface, pull on the

molecules is lateral and downward. There is negligible attractions above the

molecules, and so the net force on surface molecules is downward. The result

counterbalanced by the compression resistance of the liquid.

Surface molecules are compressed more tightly together at the surface, forming a sort

of skin on the surface, with less distance between them compared to the

molecules below them. Surface molecules also form a much smoother surface than

one would expect from randomly moving molecules. What do you think surface

tension would do to a liquid not confined in a container? In this model of

a small water droplet, what is the net direction of the force on the surface molecules?

That's right it is toward the center!

And so a free-falling drop of

liquid takes on a spherical shape.

Here we see water dripping from a faucet.

pressure, and see what happens. Or do an internet search for the behavior of

water and zero gravity to get a great view of surface tension.

Water in particular has a very high surface tension.

Do you know the reason for this? What creates the attraction between water molecules?

In looking at an individual water molecule, we can see the particularly

many water molecules close by. The strong partial charges result in a

high surface tension. The water Strider is a common insect that you may have

encountered. What adaptation in their feet has occurred to take advantage of

water surface tension? Think about it. 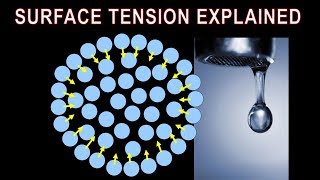 surface tension - what is it, how does it form, what properties does it impart 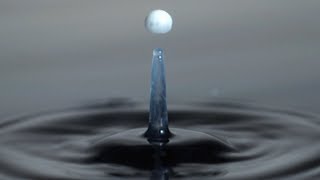 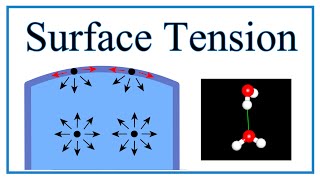 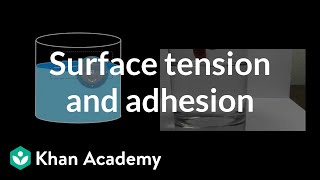 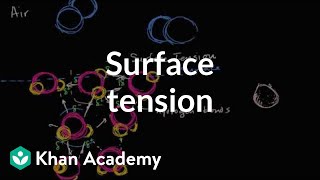 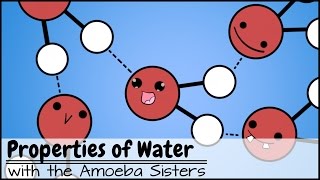 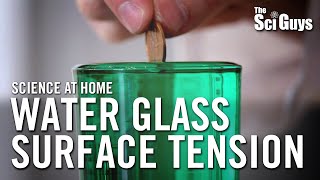 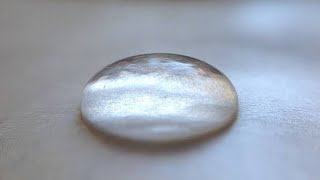 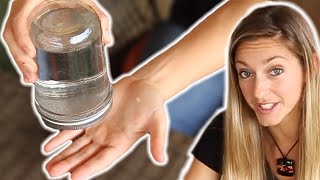 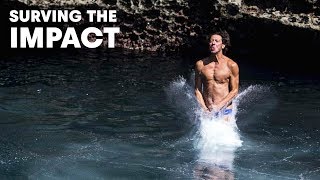 Surviving the Impact of Cliff Diving