Why is the strait of hormuz so important

On this channel, I love to talk about geopolitics, which is the interaction between geography

– how the earth shaped – and politics, how people and countries interact with each

This time we’ll discover why the Strait of Hormuz is so important, and how being narrow

has put this stretch water at the centre of global international tensions.

Before we dive into why the strait is so important, let’s find out where on earth it is.

This is the Arabian peninsula.

On one side of the peninsula, the Arabian sea is connected to the Mediterranean by the

Red Sea, which runs between the peninsula and the continent of Africa and joins the

On the other side of the peninsula, the Arabian sea runs into the Gulf of Oman, which is connected

to the Persian Gulf.

Between these two Gulfs is this very narrow stretch of water – the Strait of Hormuz.

The Strait is bounded on either side by the countries of Iran, Oman, and the United Arab

The Strait of Hormuz helps transport LOADS of oil per day, on some of the biggest ships

We’ll go into more detail about that in a moment.

Because of how narrow the strait is, and the volume of oil that is transported through

it, the Strait of Hormuz is the world’s most important chokepoint for the transport

the strait, here’s some quick maths:

In 2018, the average number of barrels of oil and other petrol liquids passing through

the strait was about 21 million barrels per day.

Each barrel is about 159 litres, which equates to a total of over 3 billion litres, or more

than 1300 Olympic swimming pools of liquid per day.

This is about 21% of the entire world’s daily petrol consumption.

One third of all the sea-transited oil on earth travels through the strait, as well

as one quarter of all of the traded natural gas.

The Strait of Hormuz is only about 39km wide at its narrowest point.

Because of this, ships transiting the strait must stick to strict shipping lanes.

Despite its narrow width, the Strait of Hormuz is deep enough to accommodate the largest

The first shipping lane starts in the territorial waters of Iran.

It then passes between 3 islands which are currently administered by Iran, but claimed

Next, our supertanker must pass into Omani territorial waters to transit the narrowest

shipping lanes in the narrowest part of the strait.

back into Iranian territorial waters.

the Strait of Hormuz, but actually in 2018 about 76% of the crude oil transmitted through

the Strait headed the other direction – to Asia, and most of that went to only 5 countries

To get to the large markets in East Asia, oil tankers usually have to traverse another

oil chokepoint, the Strait of Malacca – which we might talk about in another video.

of the boundary countries.

This means that any incidents within the strait have the potential to shut down transit, or

at worst to spark conflict between countries.

of Oman, near to the opening of the Strait of Hormuz.

Incidents like these threaten the stability of the strait, and increase tensions between

Now we know just how important the Strait of Hormuz is to global oil trade, we can imagine

reliant on receiving the oil, and on those countries reliant on the income from selling

So, aside from the oil-buying countries trying to reduce their reliance on foreign oil – what

of the Strait of Hormuz as a shipping route?

Well, only Saudi Arabia and the UAE can bypass the Strait of Hormuz by shipping outside of

the Persian Gulf AND have pipelines to get the oil to those ports.

Remember that 21 million barrels per day transited the Strait of Hormuz in 2018.

day to its port on the Red Sea, although in 2018 this pipeline was only used to transport

It also has a natural gas pipeline, which can transport the equivalent of 300000 barrels

The UAE has the Abu Dhabi Crude oil pipeline, to transport oil directly to the Gulf of Oman

Other pipelines exist, but most are relatively small and cross international boundaries – so

have fallen into disuse due to recent conflict or political disagreements between countries.

So what does the future hold for the Strait of Hormuz?

Well, that is a very tricky question – and one that I probably can’t answer.

As we’ve discovered, the importance of the strait is amplified by the geography of the

region, including a lack of viable alternate shipping routes, but it’s also important

in the world, especially if the global hunger for oil continues.

And if you have a hunger to support this channel, now you can!

I’ve made some T-shirt designs that pair with some of my videos, and if you all like

them, I’ll do it with new videos in the future.

These were made just for fun, and they include some very deep cuts from some of my least

watched videos – so please do not feel pressured to partake, links in the description if you’re

I’m very grateful that you’ve even made it this far into the video, and if you’ve

subscribed I’m all the more grateful.

Thanks for watching, and see you soon. 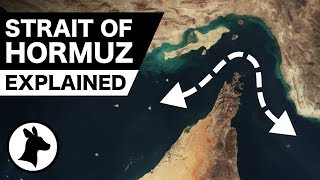 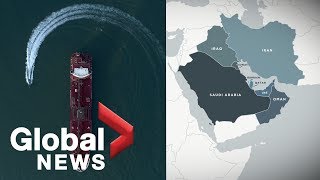 Iran tanker controversy: Why the Strait of Hormuz is so important 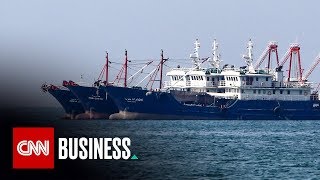 Why the Strait of Hormuz is vital to the world's oil 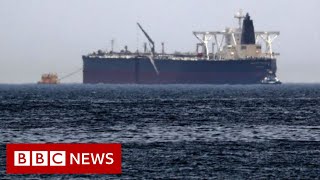 The Strait of Hormuz: Why is it the focus of the Iran-US tensions - BBC News 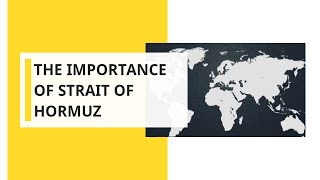 World's most important oil transit path: The strait of Hormuz 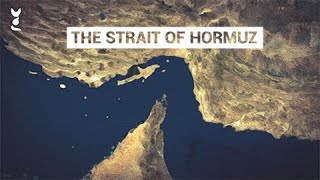 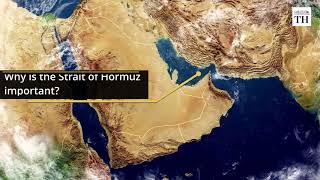 Why is the Strait of Hormuz important? 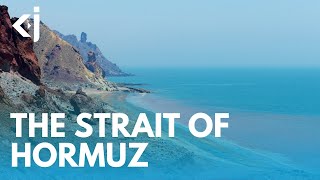 GEOPOLITICS of THE STRAIT OF HORMUZ - KJ VIDS 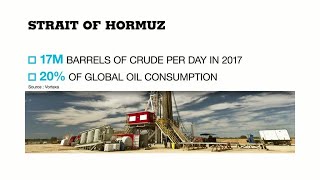 Amid rising tensions, why does the Strait of Hormuz matter? 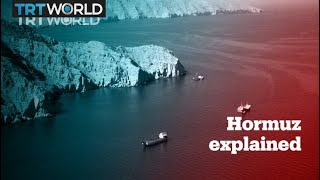 Can tensions in the Strait of Hormuz escalate into war?