I have one more reason for optimism:

Maybe you don't believe it, but here is the fact.

in Paris, under the United Nations,

if you've worked with governments, you know how difficult that is --

to intentionally change the course of the global economy

in order to protect the most vulnerable

and improve the life of all of us.

Now, that is a remarkable achievement.

But it is even more remarkable

if you consider where we had been just a few years ago.

Well, after years of working toward a climate agreement,

the same governments convened in Copenhagen

Why did it fail miserably?

For many different reasons,

but primarily because of the deeply entrenched divide

So now, six months after this failure,

I was called in to assume the responsibility

of the global climate change negotiations.

You can imagine, the perfect moment to start this new job.

The global mood on climate change was in the trash can.

that a global agreement could ever be possible.

In fact, neither did I.

If you promise not to tell anyone outside of this wonderful TED audience,

I'm going to divulge a secret

that has been gratefully buried by history.

On my first press conference,

do you think that a global agreement is ever going to be possible?"

And without engaging brain, I heard me utter,

"Not in my lifetime."

Well, you can imagine the faces of my press team

who were horrified at this crazy Costa Rican woman

who was their new boss.

And I was horrified, too.

Now, I wasn't horrified at me, because I'm kind of used to myself.

I was actually horrified

at the consequences of what I had just said,

at the consequences for the world

in which all our children are going to have to live.

It was frankly a horrible moment for me,

Impossible is not a fact,

It's only an attitude.

and I was going to help the world change its attitude on climate change.

No, just this? Thanks.

what you would do

if you were told your job is to save the planet.

Put that on the job description.

And you have full responsibility,

but you have absolutely no authority,

because governments are sovereign in every decision that they take.

Well, I would really love to know

what you would do on the first Monday morning,

but here's what I did: I panicked.

And then I panicked again,

because I realized I have no idea how we're going to solve this problem.

And then I realized I have no idea how we're going to solve this problem,

but I do know one thing:

we have got to change the tone of this conversation.

Because there is no way you can deliver victory

I use optimism as a very simple word,

but let's understand it in its broader sense.

Let's understand it as courage,

the fundamental belief that we humans can come together

and can help each other to better the fate of mankind.

Well, you can imagine that I thought that without that,

there was no way we were going to get out of the paralysis of Copenhagen.

And for six years,

I have stubbornly, relentlessly injected optimism into the system,

no matter what the questions from the press --

and I have gotten better at those --

and no matter what the evidence to the contrary.

And believe you me, there has been a lot of contrary evidence.

But relentless optimism into the system.

we began to see changes happening in many areas,

precipitated by thousands of people,

including many of you here today,

and I thank you.

And this TED community will not be surprised

if I tell you the first area

in which we saw remarkable change

We began to see that clean technologies,

began to drop price and increase in capacity,

to the point where today we are already building

that have the capacity to power entire cities,

And with this shift in technologies,

we were able to begin to understand

that there was a shift in the economic equation,

because we were able to recognize

that yes, there are huge costs to climate change,

and yes, there are compounded risks.

But there also are economic advantages

because the dissemination of the clean technologies

is going to bring us cleaner air,

In sum, a better world than what we have now.

And with that understanding,

you should have witnessed, in fact, part of you were,

the spread of ingenuity and excitement

that went through, first through nonnational governments,

because they all began to understand, this actually can be in their interest.

This can actually improve their bottom line.

And it wasn't just the usual suspects.

I have to tell you I had the CEO of a major, major oil and gas company

come to me at the beginning of last year

he did not know how he was going to change his company,

but he is going to change it,

Well, now we have a shift in the economic equation,

and with that, with broader support from everyone,

woke up to the fact that this is in their national interest.

And when we asked countries to begin to identify

how they could contribute to global efforts

but based on their national interest,

based on their national interest,

concurrent with their priorities,

once you protect the core interests of nations,

then you can understand that nations were ready

to begin to converge onto a common path,

onto a common direction of travel

that is going to take us probably several decades,

but over those several decades is going to take us

into the new economy,

into a decarbonized, highly resilient economy,

And the national contributions that are currently on the table

on behalf of national governments

are insufficient to get us to a stabilized climate,

but they are only the first step,

and they will improve over time.

And the measurement, reporting and verification of all of those efforts

And the checkpoints that we're going to have every five years

to assess collective progress towards our goal are legally binding,

and the path itself toward a decarbonized and more resilient economy

And here's the more important part:

What did we have before?

A very small handful of countries

who had undertaken very reduced,

that were completely insufficient

and furthermore, largely perceived as a burden.

Now what do we have?

but all of them contributing to a common goal

and along a path

Well, once you have all of this in place

and you have shifted this understanding,

then you see that governments were able to go to Paris

and adopt the Paris agreement.

as I look back

over the past six years,

the day the Paris agreement was adopted.

I cannot tell you the euphoria in the room.

5,000 people jumping out of their seats,

torn between euphoria and still disbelief at what they had just seen,

because so many people

had worked for years towards this, and this was finally their reality.

And it wasn't just those who had participated directly.

A few weeks ago, I was with a colleague

who was trying to decide

on a Tahitian pearl that he wanted to give to his wonderful wife Natasha.

And once he had finally decided what he was going to buy,

the jeweler said to him,

"You know, you're very lucky that you're buying this now,

because these pearls could go extinct very soon because of climate change."

"But," the jeweler said, "have you heard,

the governments have just come to a decision,

and Tahiti could have a chance."

Well, what a fantastic confirmation

that perhaps, perhaps here is hope,

here is a possible chance.

I'm the first one to recognize that we have a lot of work still to do.

We've only just started our work on climate change.

And in fact, we need to make sure that we redouble our efforts

But I do believe

that we have come over the past six years

to the now unstoppable.

And how did we do that? By injecting transformational optimism

that allowed us to go from confrontation to collaboration,

that allowed us to understand that national and local interests

are not necessarily at odds with global needs,

and that if we understand that, we can bring them together

and we can merge them harmoniously.

And as I look forward to other global issues

that will require our attention this century --

I see that we certainly do not know

how we are going to solve those problems yet.

and we can understand

that we have got to reinterpret the zero-sum mentality.

Because we were trained to believe that there always are winners and losers,

and that your loss is my gain.

Well, now that we're in a world

in which we have reached planetary boundaries

and that we are not just so interconnected,

but increasingly interdependent on each other,

your loss is no longer my gain.

We're either all losers

or we all can be winners.

But we are going to have to decide

between zero and sum.

We're going to have to decide between zero benefit for all

or living life as the sum of all of us.

We've done it once. We can do it again. 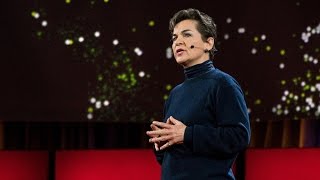 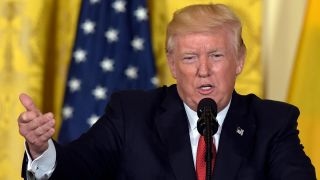 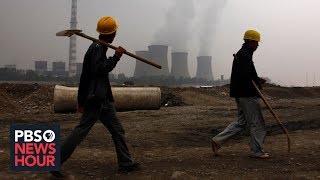 What U.S. withdrawal from Paris climate deal means for a warming planet 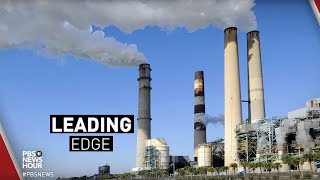 What leaving the Paris Accord could mean for U.S. and the world 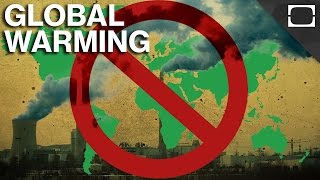 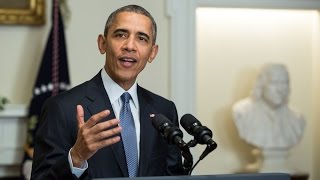 The President Delivers a Statement on the Paris Climate Agreement 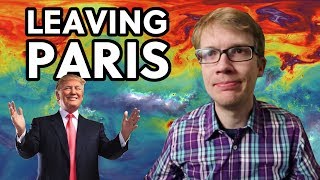 The Paris Accord: What is it? And What Does it All Mean? 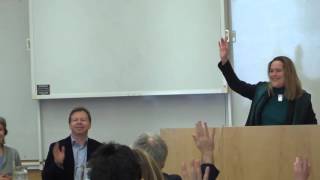 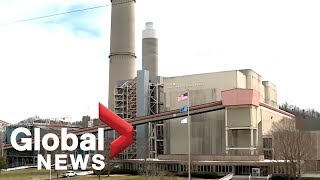