Why is the national debt important

Good morning Hank, it's Tuesday. So, one of the biggest issues in global politics these days

is government debt and deficits, which is a particularly big deal in the United States

And Hank, as you'll no doubt remember, I received a bronze medal in economics

at the 1994 Alabama State Academic Decathlon, meaning that in 1994,

I was the third best seventeen-year-old economist among all C students in the state of Alabama,

so not to brag or anything, but I'm pretty qualified to explain this stuff.

Okay, so first we have to separate the ideas of debt and deficit.

Debt is the total amount of our outstanding liabilities.

Deficit , or occasionally surplus, is the difference between what the government spends and what it takes in.

Right, so in the United States, our current national debt is around 16 trillion dollars,

which sounds like a lot of money, and it is.

But let's break this down.

The largest single holder of U.S. government debt is actually the Federal Government itself

because trust funds like Social Security buy government bons and so the interest goes from the U.S. government to a different part of the U.S.government,

which is not borrowing as we usually imagine it.

So if you take away that money, you're left with about 11 trillion dollars, which is still a fair bit of cash.

Who owns that debt?

China, you probably guessed, but in fact, no. The plurality of that debt is actually owned by us.

Us being American individuals and institutions.

But it's important to note that the US also owns foreign debt, including about 235 billion dollars

of sovereign debt in China and Hong Kong.

Altogether, for every one dollar of US debt that's owned by a foreign country,

we own about 89 cents of foreign debt.

So you can't really think of government debt the same way you'd think about, like, a family

owing money to a credit card company because in that situation, the family owes money to someone else.

But in the case of US government debt, we mostly, indirectly or directly, owe money to ourselves.

I mean, Hank, in some ways, it is literally cheaper than free. Right now, the yield on a one year treasury bon

is 0.17%. Okay, two very important things to note about the debt:

First, China can't, like, call in our debt on a day of its choosing.

in one year. I can't call after a month and be like, "Give me my money back!"

So despite what you hear from a lot of political commentators, that is not really a risk

to the US economy. Secondly, you may have heard people say, "The government should be run

like a business. It should never spend more than it takes in."

Yeah, no, that is not how businesses are run. Like, say that tomorrow, I invent a Marty McFly

to build my Marty McFly hoverboard factory. I would just borrow the money and build the factory immediately

so I could start selling hoverboards and swim in a sea of hundred dollar bills.

Actually, I would not swim in a sea of hundred dollar bills. I would hoverboard over that sea.

Businesses spend more than they bring in all the time, as well they should

and almost all economists agree that governments are similar. There are times when they need

to run deficits. For instance, during a recession, government revenue goes down

because wages stagnate and unemployment goes up. But government expenditures have to go up,

like on unemployment benefits, for instance. So just to be clear, deficits are not inherently evil

and our current debt, while it is very large, does not pose a threat to the American economy because we can

pay it back with relative ease. I mean, it's not going to be free, but it's going to be like 2% of GDP.

We've done it before!

However, there is a huge future risk to us, because what if our debt stopped being cheap?

buy bonds in, I don't know, like Brazil or China or Germany?

Well, that would be very bad because most years, we run a budget deficit and so we would need to keep

borrowing money at these higher interest rates, which would necessitate more deficits,

And then we'd have to cut spending, which would slow growth and raise taxes,

which would slow growth more, and then Greece.

benefits from having the world's most trusted currency.

Like, Hank, believe it or not, most US paper currency actually circulates outside the US

and if we lost that, it would be devastating because we would just be a regular country again.

Okay, so the federal deficit in 2011 was about 1.3 trillion. It'll be down a little bit this year to about a trillion.

But most people think that number needs to continue to come down, or at some point, we are going to risk

So there are two ways of doing this. This first is to print more money, like, oh, we need a hundred billion dollars

to close the deficit? Look, I just made a hundred billion dollars using a printing press!

That sounds like a fine idea, except that it will lead to inflation. Now a lot of people in comments will be saying

that we should just return to the gold standard, which I think is a very bad idea, for the reasons I explain

in the dooblydoo. However:

In the broadest sense, our currency is already pegged to goods and services

so you can imagine what would happen to the cost of everything: It would double.

The second, and better, way to cut the deficit is to close the gap between what we take in

and what we spend, and in times of economic expansion, this is actually quite easy

because the tax base grows and the amount of money people make goes up, so they pay more taxes,

But during slow recoveries, like the one we have right now, it is much more complicated.

So, like, both President Obama and Governor Romney favored unspecified spending cuts,

Governor Romney also favors a tax cut of 20% across the board,

on income over $250,000. Neither of these plans is likely to eliminate the deficit,

although, again, the deficit doesn't necessarily need to be eliminated.

And no matter what political rhetoric you hear, neither of these plans is terribly radical either.

We can argue thoughtfully about what our policy position should be, but amid all the rhetoric and

decontextualized statistics, I just want to underscore that while deficit reduction is important,

it is not a crisis. The whole idea here is to keep it from becoming a crisis and one of the best ways to do that

is to understand the problem without yelling about it, discuss things honestly without assuming

that the people who disagree with you hate America.

Hank, I'll see you on Friday.

PS, friendly reminder, educational videos are allowed to be over four minutes. 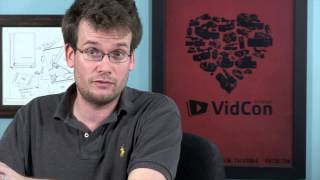 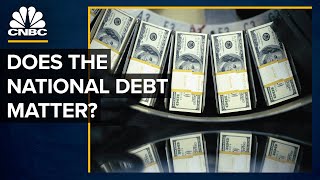 Does The National Debt Matter? | What's Next For The U.S. Economy 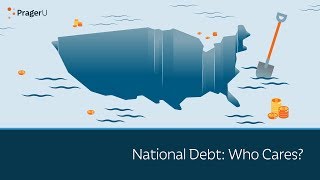 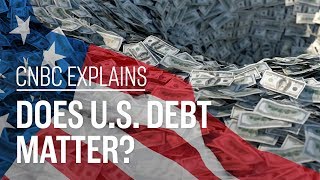 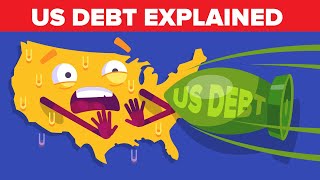 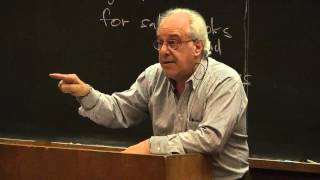 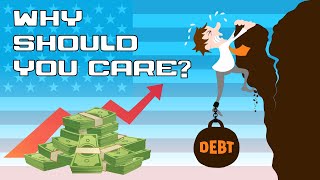 The United States National Debt: Why You Should Care 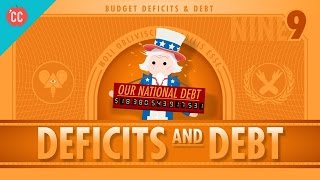 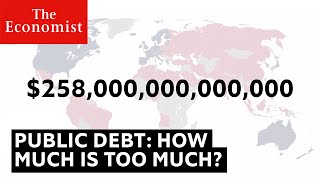 Public Debt: how much is too much? | The Economist 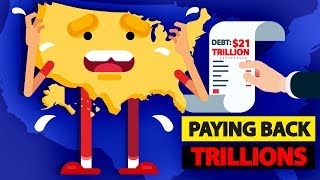 What If The US Paid Off Its Debt?