Why is the moon festival celebrated

Why Do People Celebrate the Moon Festival (aka Mid-Autumn Festival)?

It's almost the Moon Festival, also known as the Mid-Autumn Festival

But do you know why people celebrate this day? And where did it get its name from?

In today’s video, let’s dig deep into the history and origin of the Mid-Autumn Festival

The origin of this holiday goes back to the Zhou Dynasty, some 3,000 years ago

The rulers of the Zhou Dynasty called themselves Tianzi instead of emperor. Tianzi means Son of Heaven

Therefore every Tianzi dared not to behave without virtue

The Book of Rites recorded that Tianzi would worship the Sun on the March equinox, and worship the Moon on the September equinox

The annual grand worshipping ceremonies made an impact among commoners. People also started worshipping the moon on or around this day

Since the lunar calendar is based upon the moon’s phases, the 15th day of the month will always be a full moon

By the early Tang dynasty, it had developed into an official holiday. The celebration grew bigger and bigger with each dynasty

Ancient Chinese people considered the 7th, 8th, and 9th months on the lunar calendar to be the Autumn Season

It was said on the night of the Mid-Autumn Festival during his early reign, Emperor Xuanzong was invited to visit the Moon by his Daoist friend

The Emperor saw hundreds of divine deities dancing in the palace

The accompanying music was out of this world, literally, and the dance was elegant beyond description

The Emperor asked what song is this. The answer was Ni Chang Yu Yi Qu, which translates to “Garments of Rainbows and Feathers”

After the Emperor came back from the Moon, he recalled what he heard from memory and recomposed the song and named it with the same title

Many poets praised how heavenly the melody was. Unfortunately it was lost later

However if you like the background music you are hearing now, it’s actually called “A Reverie in the Moon Palace” based on this story from the Tang Dynasty

Last but not least, let’s talk about what ancient people did during this holiday

The most important activity was of course worshipping the moon

Chinese people also loved admiring the moon. There were so many poems written about the moon

The most famous one is 《靜夜思》Quiet Night Thought, written by Li Bai

Recite with me if you learned it in Chinese school

Moonlight before my bed, Perhaps frost on the ground. Lift my head and see the moon, Lower my head and I miss my home

Just like the poem implies, this holiday is also about reunion

If the wife went back to her parents for a visit, she would return home to her husband on this day

Mooncakes were sometimes called reunion cake. The whole family would share it together

Other than mooncakes, people would also give each other watermelons and other fruits as gifts

The most exciting activity was tide watching and still is today

I hope you learned something useful in today’s video

What's your favorite tradition of the Mid-Autumn Festival? Let me know in the comments below

I’ll be making more videos about Chinese holidays, Chinese culture, as well as ancient beauty and fashion, so don’t forget to subscribe if you want to learn more

Thank you for watching. I’ll see you next time! 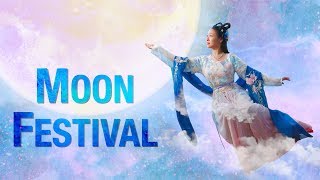 Why Do People Celebrate the Moon Festival (aka Mid-Autumn Festival)? 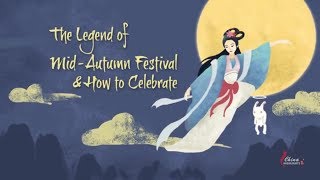 Mid Autumn Festival story and how Chinese celebrate it 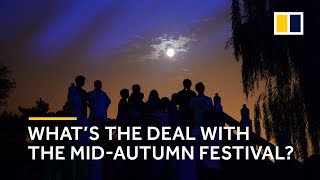 All you need to know about Mid-Autumn Festival: Chang’e, mooncakes and the Fire Dragon Dance 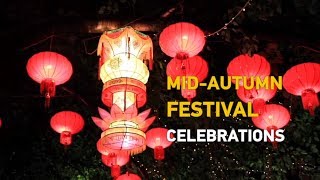 Mid-Autumn Festival celebrated around the world 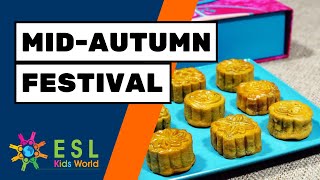 🌑Mid Autumn Festival Story | How the Chinese Celebrate it? 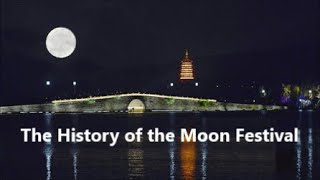 The History of the Moon Festival 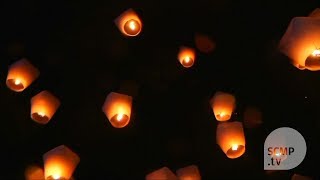 How the Mid-Autumn Festival is celebrated around the world 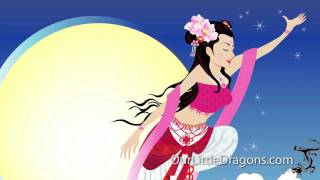 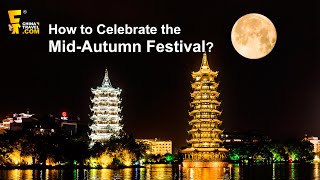 How to Celebrate the Mid-Autumn Festival: Traditions and Things to Do 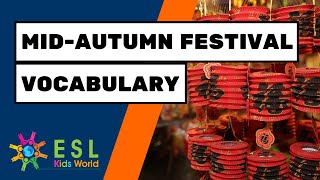