Why is the heart associated with love

Hi I’m Craig, in many cultures, I'm associated with love, and this is Mental Floss on YouTube.

Today, I’m going to answer Anish Sharma’s BIG question, “Why is the heart associated with love?”

Well, Anish, I’m not sure if you mean the human heart or the heart symbol, so I’m

going to tell you a little bit about why both are associated with love. Anyway, it’s becoming

a pattern here on the Big Question to say “We don’t really know, but we know it’s

really old and it evolved.” And yet again, it's true. Let’s get started! I love you.

The shape has been uncovered in pictograms drawn by early humans living in modern-day Europe.

But, we don’t know what it meant to the people back then.

Moving later in time, many different cultures started to view the human heart as the center

of emotion and the soul. The ancient Egyptians associated the heart with your moral compass.

forces and the one in the heart was the key to being alive.

Throughout all this, what we now know as the “heart shape” persists. It can be found

in ancient artwork, but mostly used to represent things like fig leaves or ivy.

Then, people started to draw connections between the human heart and love. One of the earliest

In the manuscript, there’s a picture of a man holding what looks like a human heart

and offering it to a woman -- romantic. The heart is definitely acting as a symbol of

love here, but its shape is more realistic than the modern heart-symbol. It evolved in

art, becoming less and less realistic throughout the next few centuries. And less icky.

Luther seal, a symbol for Lutheranism, was developed with a heart shape in the center.

The symbol wasn’t just associated with religion and love, though. During the medieval times,

the heart shape started popping up on things like playing cards and tapestries. Then, in

ending notes. But eventually, the heart symbol became associated with Valentine’s Day and

it was definitely here to stay.

I love that you're watching Mental Floss on YouTube, which is made with the help of

these lovely people. If you have a Big Question of your own that you would love answered,

love it below in comments. Love for you to pop by next week! 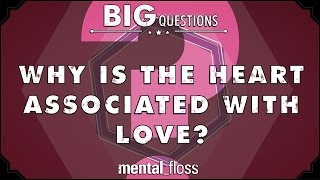 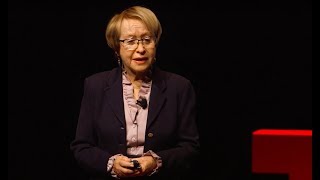 How the Image of the Heart Became the Symbol of Love | Marilyn Yalom, PhD | TEDxPaloAlto 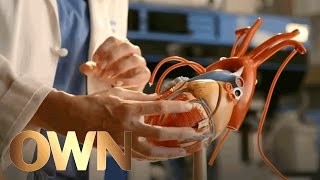 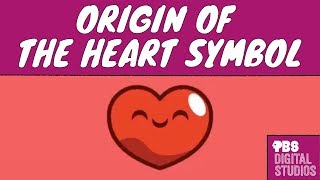 Why Does the ❤️ Heart Symbol ❤️ Look That Way? 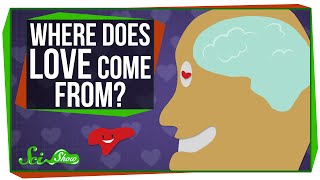 Where Does Love Come From? 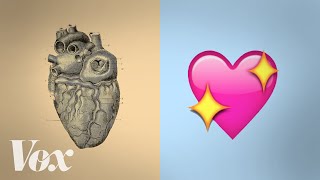 How the heart became ♥ 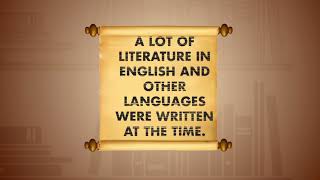 #AwakeYourHeart: Ever Wondered Why The Heart Is Associated With LOVE? 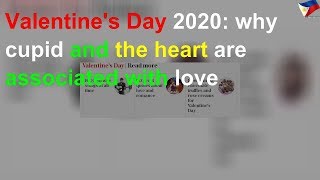 Valentine's Day 2020: Why cupid and the heart are associated with love 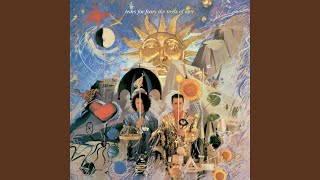 Advice For The Young At Heart (7" Version)