Why is the following not a probability model

So every day after school you decide

to go to the frozen yogurt store

you are not a big fan of having to wait

in line when you get there, you're impatient,

you want your frozen yogurt immediately.

And so you decide to conduct a study.

You want to figure out the probability

of there being lines of different sizes

when you go to the frozen yogurt store

So in your study, the next 50 times you observe,

you go to the frozen yogurt store at four PM,

you make a series of observations.

You observe the size of the line.

line size is the left column,

and on the right column,

let's say this is the number of times observed.

All right, times observed, my handwriting is,

All right, so let's first think about it.

Okay, so you go and you say, hey look,

I see no people in line, exactly, or you see

no people in line, exactly 24 times.

You see one person in line

and you see two people in line exactly eight times.

you never see more than two people in line.

I guess this is a very efficient cashier

at this frozen yogurt store.

So based on this, based on what you have observed,

what would be your estimate of the probabilities

or two people in line, at four PM on the days

after school that you visit the frozen yogurt store?

You only visit it on weekdays where there are schooldays.

So what's the probability of there being no line,

when you visit at four PM on a school day?

Well, all you can do is estimate the true probability,

We don't know what that is, but

and so you can figure out, well what are

the relative frequencies of having zero people?

What is the relative frequency of one person,

or the relative frequency of two people in line?

And then we can use that as

the estimates for the probability.

So let's do that.

I'll do it in the next column.

and once again we can do that by

looking at the relative frequency.

The relative frequency of zero, well we

of seeing one person in line?

Well you observed that 18 out of the 50 visits,

18 out of the 50 visits, that would be a relative frequency,

And then, finally, the relative frequency

of seeing a two person line, that was

eight out of the 50 visits,

And so, there's interesting things here.

Remember, these are estimates of the probability.

You're doing this by essentially sampling

what the line on 50 different days, you don't know,

it's not gonna always be exactly this,

And so based on this, you'd say, well I'd estimate

the probability of having a zero person line as 48%.

I'd estimate the probability of

I'd estimate the probability of having

It's important to realize that

these are legitimate probabilities.

Remember, to be a probability, it has to be

And if you look at all of the possible events,

it should add up to one, because at least based on

your observations, these are the possibilities.

Obviously in a real world, it might be some kind

of crazy thing where more people go in line.

But at least based on the events that you've seen,

these three different events, and these are

the only three that you've observed,

based on your observations, these three should add,

cause these are the only three things you've observed,

Now, if once you do this,

over the next two years,

you plan on visiting 500 times.

so based on your estimates

of the probability of having no line,

how many times in your next 500 visits would you

expect there to be a two person line?

Based on your observations so far.

Well, it's reasonable to say,

well a good estimate of the number of times

you'll see a two person line when you visit 500 times,

and it's a reasonable expectation,

based on your estimate of the probability that

you will see a two person line.

Or you could say eight out of every 50 times.

And so what is this going to be?

you would see a two person line.

Now to be clear, I would be shocked if

it's exactly 80 ends up being the case,

but this is actually a very good

expectation based on your observations.

It is completely possible, first of all,

that your observations were off.

That you, you know, that it's just the random chance

that you happened to observe this many

or this few times that there were two people in line.

So that could be off.

But even if these are very good estimates,

it's possible that something, that you see

All of those things are possible.

And it's always very important to keep in mind,

you're estimating the true probability here,

which it's very hard to know for sure

what the true probability is, but you can make estimates

based on sampling the line on different days,

by making these observations, by having these experiments

so to speak, each of these observations

you could use in experiment, and then you

can use those to set an expectation.

But none of these things do you know for sure,

that they're definitely gonna be 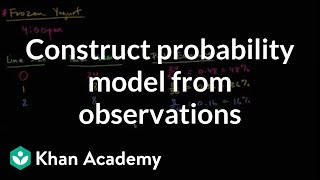 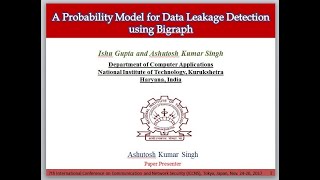 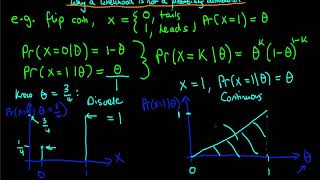 Why is a likelihood not a probability distribution? 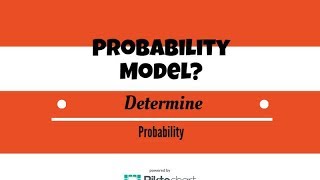 Determine whether it is a probability model given outcomes 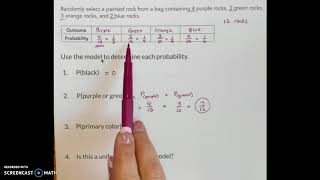 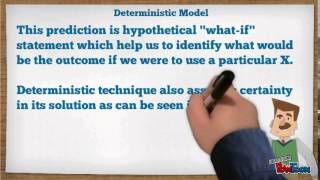 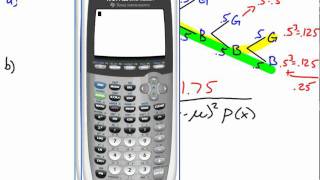 Mean and SD of a Probability Model 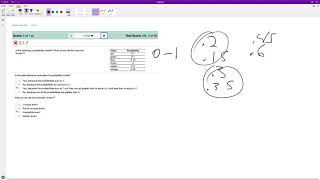 Is the following a probability model? What do we call the outcome "Brown"? 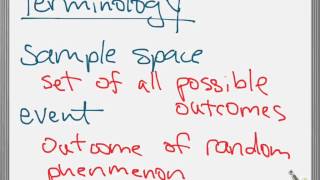