Why is the big ben famous

The Truth About Big Ben and the Famous Clock Tower

If you’ve ever been to London, or even seen a picture of London, you’ve probably seen

the giant clock tower at the corner of the Palace of Westminster. This tower is one of

Contrary to popular belief, the clock tower itself is not named “Big Ben”. Rather,

it is named “Elizabeth Tower”, after Queen Elizabeth II; named such during her Diamond

Jubilee (the 2012 60th anniversary of her accession to the throne). Before that, it

was just called “Clock Tower”. So why is it so often called “Big Ben”? That

name. Over time this has morphed into many calling the clock tower itself that even today,

So how did “Big Ben”- the great bell- get its name? People seemed to be in the habit

in the British Isles at the time of its casting, so certainly name-worthy. The origin of Big

4 in. or 1.93 m, with a girth to match) and was the first Commissioner of Works, affectionately

Hall MP Chief Commissioner of Works” in his honor, so the workers and others took

to calling the bell “Big Ben”.

was), it’s because the current Big Ben is not the original. The original bell actually

cracked before the clock itself was even installed in the tower (more on this later). As to why

the name supposedly was inscribed on the first and not the second bell, the reason often

given is that Sir Hall was no longer the Chief Commissioner when the second bell was cast.

In addition, different founders were used to cast the second bell, so they may not have

felt inclined to put the inscription on.

As there is little documented evidence on the origin of the name “Big Ben”, we can’t

say for 100% certainty that it was named after Sir Benjamin Hall. Another possibility that

has been proposed is that it was named after Benjamin Caunt, a very popular heavyweight

boxing champion in the 1850s, who was also nicknamed “Big Ben”.

of Commons. At some point someone, tired of the long meeting over the naming of the great

bell, just shouted “Why not call it Big Ben?” as a joke while Sir Benjamin Hall

was talking. However, if such a thing actually happened, there should be Parliament records

of this, but there is not. Thus, it’s thought the original Hall inscription story is more

likely; though in both that story and the Parliament story, it was named after Sir Hall

who was integrally connected with the building of the tower, clock, and bells.

As to why the clock tower was built in the first place, in 1834, a fire destroyed the

of the palace standing. The next year, with reconstruction well on its way, Parliament

parliament buildings had seen. The first one was built between 1288 and 1290 and contained

a bell known as “Great Edward” or “Great Tom.” A second tower, containing the first

public chiming clock in England, replaced the first in 1367. In 1707, that tower was

demolished because it had fallen into disrepair. Instead of replacing the tower with another,

a sundial was put up in its place.

After the fire, Sir Charles Barry’s design for the new Houses of Parliament was chosen

tower. He added one in 1836 and later drew up a detailed design with the help of Augustus

Pugin. Pugin was never recognized by Barry for supplying the design for the clock, despite

Pugin saying, “I never worked so hard in my life as for Mr. Barry for tomorrow I render

all the designs for finishing his bell tower & it is beautiful…”

The tower was Pugin’s last design. In 1852, before work on the tower was completed, Pugin

suffered a breakdown. He was unable to speak coherently or recognize his family, and died

several months later despite attempted therapy. He was only forty years old and never knew

how famous his last design would become.

Construction on the tower began September 28, 1843. It was built from the inside out

so that scaffolding couldn’t be seen by passers-by.

the actual clock mechanism itself. He chose Benjamin Lewis Vuillamy, who was the Queen’s

clockmaker, to work on a design, though other clockmakers were also brought in to give their

advice and opinions. In 1846, a competition was held to see who would build the clock,

but some amazingly tough standards- for the age- were set by the Astronomer Royal, Sir

George Airy. Airy stated that the clock needed to strike the hour within one second’s accuracy,

When Edward John Dent was finally appointed to build the clock in 1852, he found that

the tower was too small for the initial clock design. This caused further delays and alterations

had to be made to the tune of £100 (adjusted for inflation by average earnings, that’s

about £69,000 today). To top it all off, after finally getting construction underway,

Dent died the next year and his stepson had to take over. The clock was finally finished

The clock’s delay didn’t end up mattering very much, as the clock tower itself had suffered

delays as well. The clock wasn’t actually installed until 1859. During the two-year

wait, modifications were made to meet the Astronomer Royal’s standards. For instance,

putting pressure on the clock’s hands. Also known as the Grimthorpe Escapement, this revolutionary

invention is still used on many clocks throughout the world today.

When the clock was finally installed in April 1859, it didn’t work. The original cast

iron hands were too heavy to keep time and had to be replaced by lighter copper hands.

At last, on May 31, 1859, the clock began successfully keeping time. But the tower wasn’t

yet completed—it also needed a bell.

Like the rest of the features of the tower, the great bell also suffered delays. The first

day. On October 17, 1857, as mentioned previously, a crack over a metre long appeared on the

bell. Fingers were pointed, but no one fessed up. Because the original bell casters—the

Warners—asked for too much to replace the bell, the Whitechapel Foundry got the job

for the replacement. The second bell weighed 2.5 tonnes less than the first (13.5 tons

instead of 16), but it was still so large that it took thirty hours to winch it up to

the belfry in the tower.

At last, on July 11, 1859, Big Ben rang out for the first time. Unfortunately, in September

of that year, a crack appeared in the bell again. This time supposedly because the hammer

specified for the bell. This crack caused the great bell to remain silent for a few

years. However, in 1863, Airy came up with a solution: turn the bell so that the hammer

struck a different spot, make the hammer lighter, and cut a small square in the bell so that

the crack wouldn’t spread. His solution worked, and to this day, the same cracked

“Big Ben” sits in the belfry, ringing away on 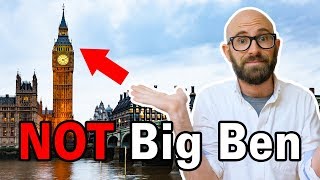 The Truth About Big Ben and the Famous Clock Tower 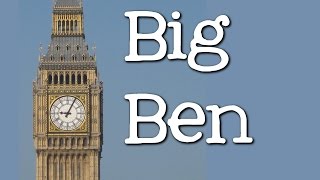 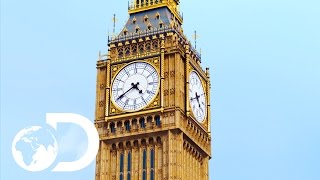 The Mechanical Genius of Big Ben | Blowing Up History 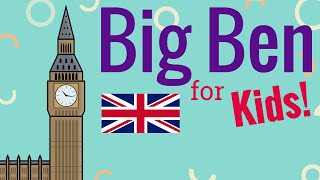 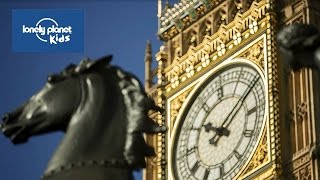 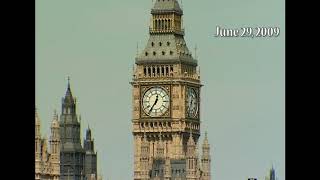 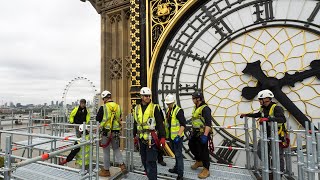 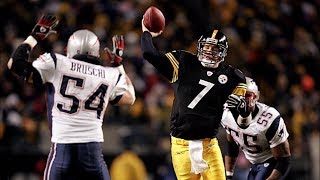 The Game That Made Ben Roethlisberger Famous 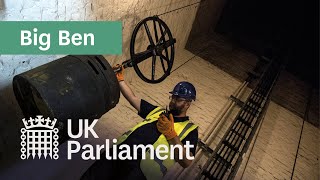