Why is the american dream dead

- If you are a member of the working or middle class

in the United States your life has not improved

We have taken hundreds and hundreds of millions of people

out of poverty around the world over the course

of the past decades.

The rise of China has been extraordinary,

that growth has occurred on the back of

But you have lost a lot of opportunities in the West.

You have created much greater structural inequality

and it's not just about the economy

but the economy's a big piece of it.

If you are a member of the working or middle class

in the United States your life has not improved

the American dream no longer applies to you

that's something that they can be a part of.

That obviously undermines the notion of liberal democracy.

If the majority of Americans don't think

they're capitalists 'cause they don't have capital

then they're not gonna support a capitalist system

and they're particularly not gonna support it

if they think that the capitalists on top

aren't doing anything for them.

If their infrastructure isn't being invested into,

if their schools aren't being invested into,

if their policing isn't being invested into,

if their healthcare is worse than it used to be,

if we're not responding to a massive opioid crisis

then they're not going to support these governments.

And by the way, we're saying this at a time

when the US economy is growing at a strong clip.

We're saying this at a time when the IMF

has just upgraded their expectations for global growth

has done since before the financial crisis.

in the next recession?

What's gonna happen suddenly when we don't have

a huge tax plan that benefits everyone

and we're spending like crazy and increasing the deficit.

and when the corporations aren't hitting the profitability

that they are right now.

I mean clearly this is a situation

that is going to get worse.

We elected Trump in the United States.

So people think it was an illegitimate election

but there's no question he got the Republican nomination

over 16 other candidates and Ted Cruz

the US election, we've not seen an election like this

with this kind of anti-establishment sentiment

in certainly, not as long as I've been alive,

and in Europe the vote for Brexit,

in Germany, the support for the

for the first time a nationalist party

in the German parliament since Word War II.

Given their history that's extraordinary.

In Italy, the Five Star movement, the Northern League

winning from the far left and the far right,

this is obviously not an accident. 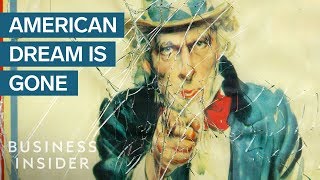 POINT TAKEN | One Word or Less: Is the American Dream Dead or Alive? | PBS

Is The American Dream Dead? 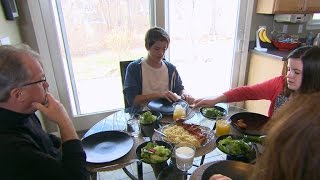 Is the American Dream still alive? 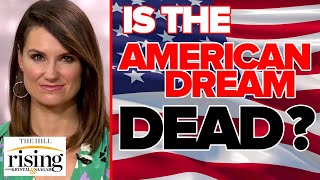 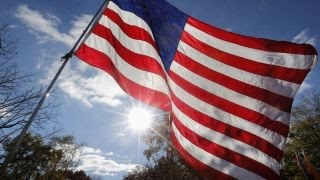 Is the American Dream dead? 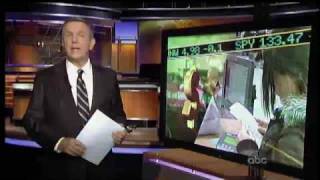 The American dream is DEAD!

Is The American Dream Dead? 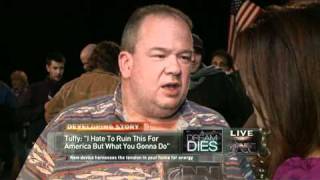