Why is the 4th of july so special

History of the 4th of July: Crash Course US History Special

Hi, I'm John Green, this is Crash Course US History,

and today we're gonna talk about July 4th, which in the United States is known as Independence Day.

This is the day that Americans celebrate our Independence from Great Britain by doing what we do best:

and eating a lot of grilled meat.

Right, so the story goes that the founders of this nation signed the Declaration of Independence on July 4th 1776,

parting ways with King George to found the freest, finest nation on the face of the Earth.

[Libertage: America: It's our birthday!]

Yeah, except the continental congress actually approved a resolution of independence on July 2nd.

The Lee Resolution was proposed by Richard Henry Lee of Virginia in June of 1776,

and was a simple legal declaration of separation from England.

John Adams got so excited about it that he wrote to his wife Abigail,

The second day of July 1776 will be the most memorable epic in the history of America.

I am apt to believe that it will be celebrated by succeeding generations as the great anniversary festival.

It ought to be solemnized with pomp and parade, with shows, games, sports, guns, bells, bonfires,

and illuminations from one end of this continent to the other, from this time forward forevermore.

So what happened on the fourth?

Well, not that much, actually.

The Declaration of Independence was the formal announcement of independence and its text was approved on July 4th 1776.

The fancy parchment version with all the pretty calligraphy wouldn't get drawn up until July 19th,

and most members of the Congress signed the Declaration on August 2nd.

Adams may have been wrong about the date, but he was definitely right about the celebration.

Americans started celebrating the 4th of July as early as 1777, and, as Adams predicted,

the holiday was observed with feasts, 13 gun salutes, and fireworks.

Why don't we call them illuminations anymore, Stan?

and we can refrigerate our meat now"

but I miss the old days!

Anyway, in 1778 George Washington celebrated the Fourth by giving his soldiers a double ration of rum,

and also there was much more shooting than usual.

But while the people celebrated the anniversary from the beginning,

the federal government took its sweet time in formalizing the holiday.

Independence day became an unpaid holiday for federal employees in 1870

4th of July observances have evolved over the years,

but they generally involve patriotic displays, including decorations, fire, and explosives.

Essentially, we celebrate our independence by having a one-day fake war each summer.

but the litigious nature of modern American society has greatly reduced the number of bonfires.

However, we still have a lot of fireworks on the 4th of July.

Many cities and towns across the country sponsor fireworks displays on the Fourth;

New York's fireworks display is the largest in the nation.

Despite the grandeur of these officially sanctioned displays,

many, many individuals across the nation feel the need to blow stuff up on their own in their yards,

because, y'know, they have all of their fingers and that seems like too many.

Many states have restricted the sale and personal use of fireworks

but would-be patriots find their way to marginal neighborhoods every year to buy fireworks out of the backs of vans.

In my neighborhood, these personal pyrotechnic celebrations started about mid-May and continue well into August,

causing my dog to have a very stressful summer.

On most military bases, 50 gunshots -- one for each state --

are fired at noon on July 4th as a salute to the Union.

And in Stan's neighborhood, where you go to buy the fireworks out of the backs of vans,

celebratory gunfire is common throughout the year.

Here is an actual bullet hole in Stan's actual window.

Stan, can we get the Libertage again?

[Libertage: America - seriously, a bullet came into my house]

In the 19th century, many ex-presidents celebrated the 4th of July by dying.

but as he was never demonstrably alive, no one really cares that much.

Finally, lest we forget, Americans also celebrate the 4th of July by eating.

and the greatest spectacle in professional sports happens every year on the 4th of July.

I am referring of course to the Nathan's Hot Dog Eating Contest.

The current world record is 68 HDBs, hot dogs and buns, in ten minutes.

but don't worry -- he threw it up shortly thereafter.

So happy 4th of July from all of us here at Crash Course.

We may not celebrate American independence on the right day, but I would argue that,

in spite of it all, it's still worth celebrating.

Thanks for watching; I'll see you next week.

Crash Course is produced and directed by Stan Muller.

The script supervisor is Meredith Danko.

Our associate producer is Danica Johnson.

Today's show was written by Stan.

And our graphics team is Thought Cafe.

Every week, there's a new caption for the Libertage.

If you'd like to suggest one, you can do so in comments,

where you can also ask questions about today's video that will be answered by our team of historians.

Thank you for watching Crash Course, and as we say in my home town,

don't forget to be awesome. 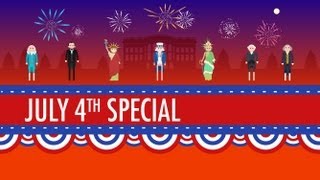 History of the 4th of July: Crash Course US History Special 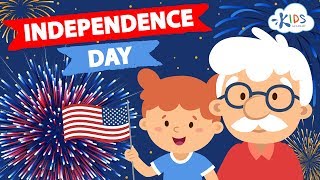 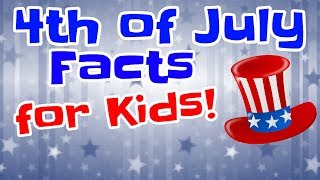 4th of July Facts For Kids | Fourth of July Video 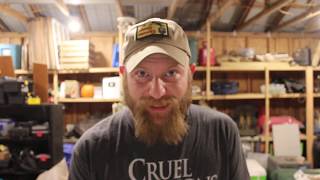 Let's talk about a special 4th of July message.... 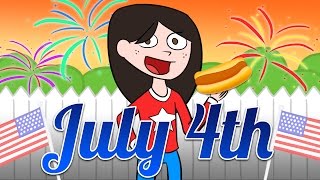 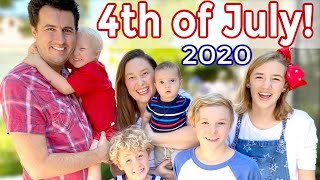 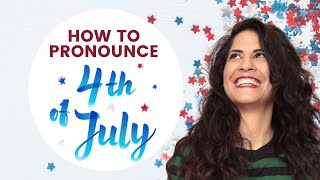 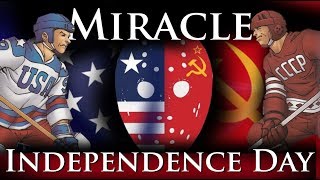 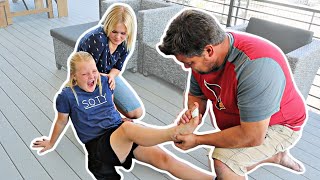 ACCIDENT on the 4th of JULY! 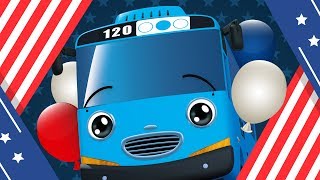